This was according to reports from her peers,

She is born into a family of two which consisted of her and a brother.

Her mother, Mrs Osagbogbe, is a top nurse at Sapele General Hospital.

According to reports, Isoken had severe menstrual pains which led to excess loss of blood.

She died hours after she was rushed to University of Benin Teaching Hospital (UBTH) in Edo state.

May her soul rest in peace. 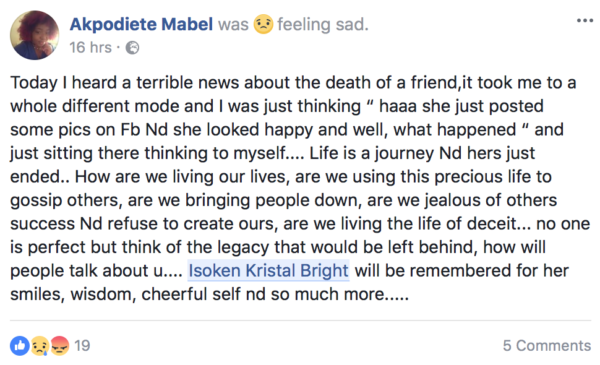 Nnamdi Kanu’s Sureties To Produce Him Or Face Jail Term