Detectives from the NYPD computer crimes division commenced an investigation 6 months ago when Schwartz surrendered his laptop, over 3000 images and 89 videos showing nude girls as young as 6 months old performing sexual acts with adult men. He was reported to have downloaded these contents from the internet.

Schwartz was released after paying $7,500 bail.

His appointment as the President of the Manhattan Democrats has since been terminated after his arrest. A statement from Manhattan Democrats states that the organization was “shocked” by the allegations and said he was no longer a member of the board. 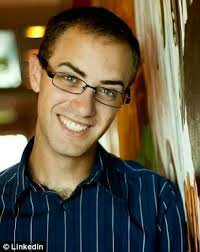 The young democrat activist “founded the New Democratic Alliance and worked for the Obama presidential campaign in 2012 as a field organizer in Lehigh Valley”, Pa.

Has fuel, gas price come down to N87?

Finding Adaora Returns to the Theatre For Independence, 2017