Diddy Reacts to Falz’s ‘This Is Nigeria’

Falz released the video two days ago and it currently has 661,000 views on YouTube which makes it one of the most viewed videos in the last couple of days.

It was mirrored after Childish Gambino’s this is America; a video which had a lot of messages embedded in it including the issue of gun violence, social media culture and the decaying state of society.

Falz’s version had many of the same elements and messages just in a more localized manner. Falz came for bloggers, SARS officials, Terrorists, politicians who loot and so on and most who have seen the video are impressed with the message and the delivery.

One of these people is Diddy, who took to his Instagram to gush about Falz, claiming that there is so much talent in Nigeria.

He said, “Sending love to Nigeria. So many great, beautiful artist changing the game!!!! 🇳🇬🇳🇬 ✊🏿 @falzthebahdguy” 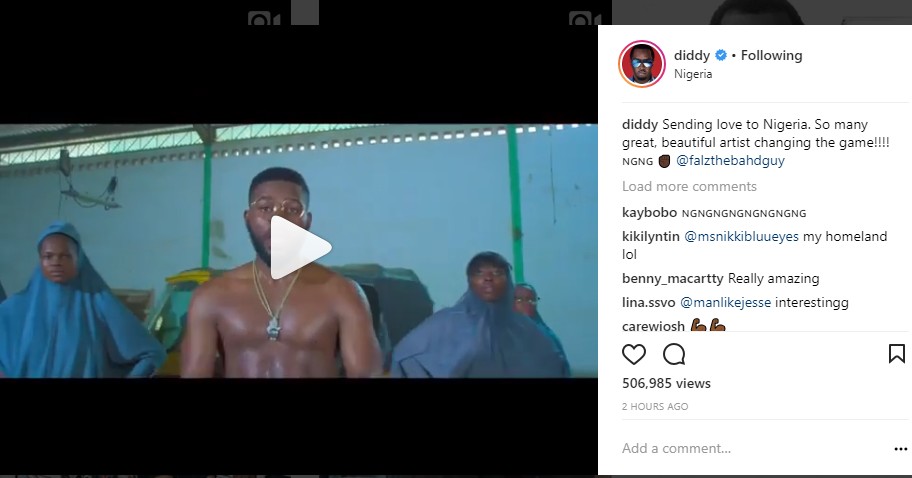 Falz’s version of the song was produced by Wande Thomas, and the video was directed by Prodigeezy.

You can check out the video to the song below

In photos: Check out the 2018 Honda Pilot

Why I will “jail” Saraki – Sowore