After many months of hiding his identity, Nigerians on social media connected the dots as to who the daughter of billionaire businessman Femo Otedola, DJ Cuppy was dating.

DJ Cuppy had in the past hid the identity of her man from social media as she posted photos editing out his face and some other features which could be used to easily identify him.

However, some months ago, Nigerians revealed his identity to be footballer, Victor Anichebe.

The couple who have been dating for months were also seen together at the wedding of Africa’s richest female businesswoman, Folorunsho Alakija’s son in the United Kingdom.

To celebrate her birthday, Anichebe got his bae a Mercedes Benz G-Wagon and she could not but flaunt it on social media.

DJ Cuppy, 24, took to her Snapchat page to show off some more photos of the gift she got last year. 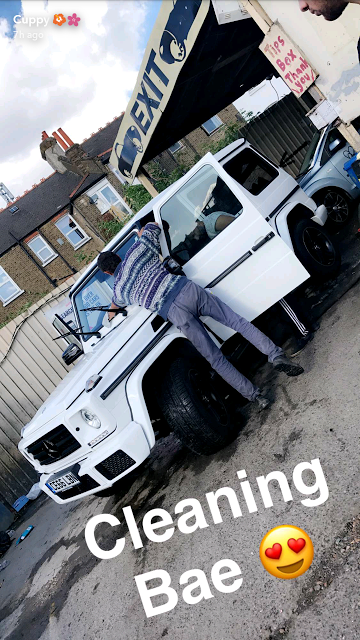 Man in police net for allegedly selling son for N150,000