Bangdededang singer Speed Darlington, kept up his recent onslaught of Davido saying that the ‘Fall’ singer is not really rich and does not have 30 Billion in the account.

He said this in an Instagram post in which he took a picture where Davido was on a plane to Senegal with his girlfriend which he captioned ‘Bring bae to work’.

Darlington said; “This guy always announcing *30 Billion* for the account. But never mention naira. Slow people think his talking dollars which means his richer than TRUMP? Yeah right. Anyways, look at this picture you will see a white person there between the 2 red dots. Which means there are other passengers onboard too. Dose TRUE Billionaire share jet? No!”

This is not the first time Speed Darlington will shade Davido, in January, he had said that Davido only rode on his father’s name

He’d said then; “I never use his name (his father) to get myself anywhere even though I could. Unlike #obo whom is always announcing. This man got more ass than toilet sit. 7 wives! #AmNotRegular Book me so your party can Pop off Heavy!”

He even did a diss track sometime last year where he also shaded Davido.

Davido is yet to respond to this latest shade. 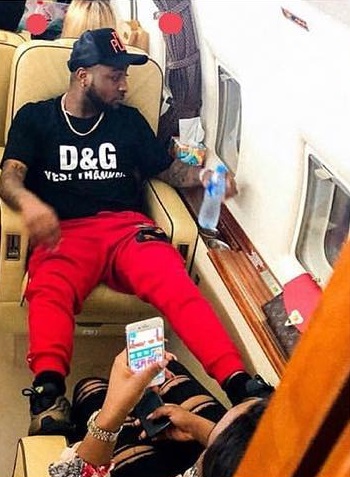 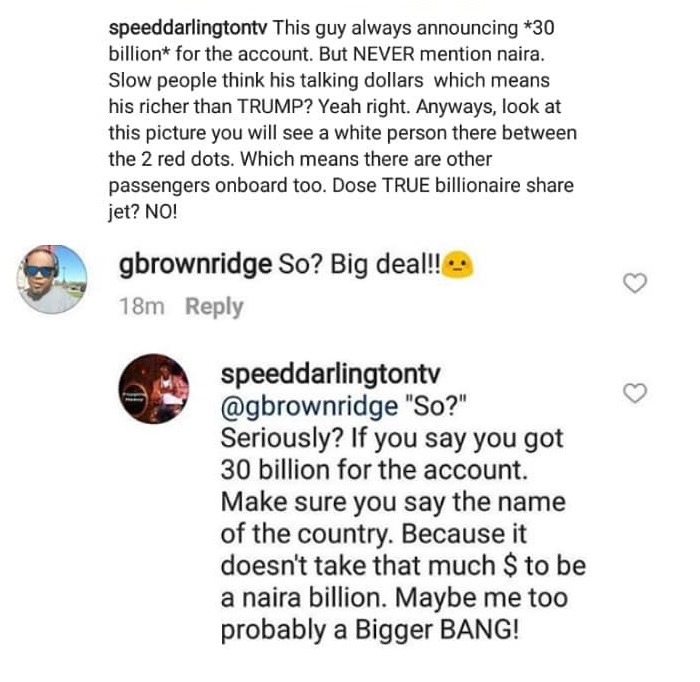 Former Minister of Works And Housing, Hassan Lawal Is Dead

Demolition Of Houses: There’s No Need to Apologize to Ewi- Fayose