The Japanese cosmetic surgeon and football enthusiast, Katsuya Takasu, who gave the sum of $390,000 to the Nigerian U-23 team following the third place win in the 2016 Olympics competition has expressed his disappointment at the Nigerian Sports Minister.

The Japanese surgeon took to his social media page on Twitter to share a thank you note which was sent to his foundation by a beneficiary of his magnanimous act and thus expressed his anger at the lack of such from the Nigerian Sports Minister, Solomon Dalung.

Nigerians however intervened in what seemed to have degenerated into an ungrateful act as there have been calls within the Nigerian government to probe the money which was donated to the team by the Japanese Doctor.

Read the Doctor’s reaction along with some comments by Nigerians on Social media below: 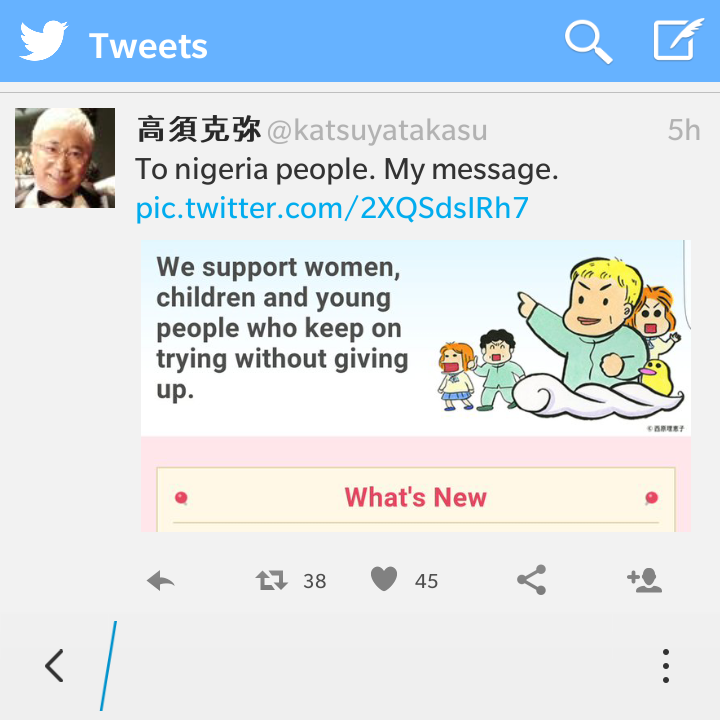 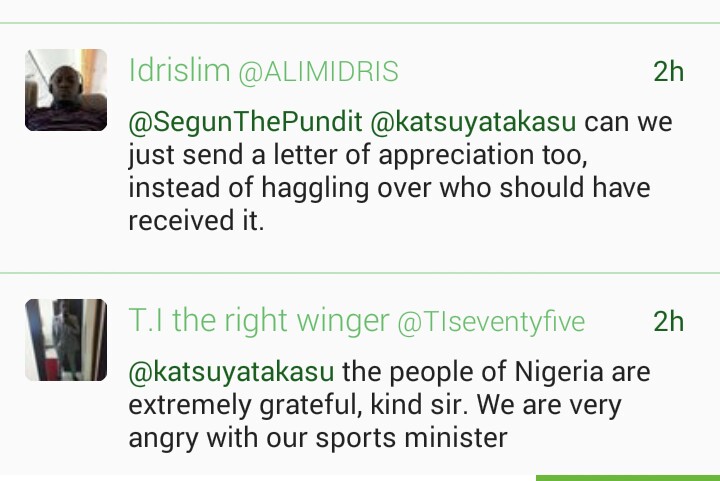 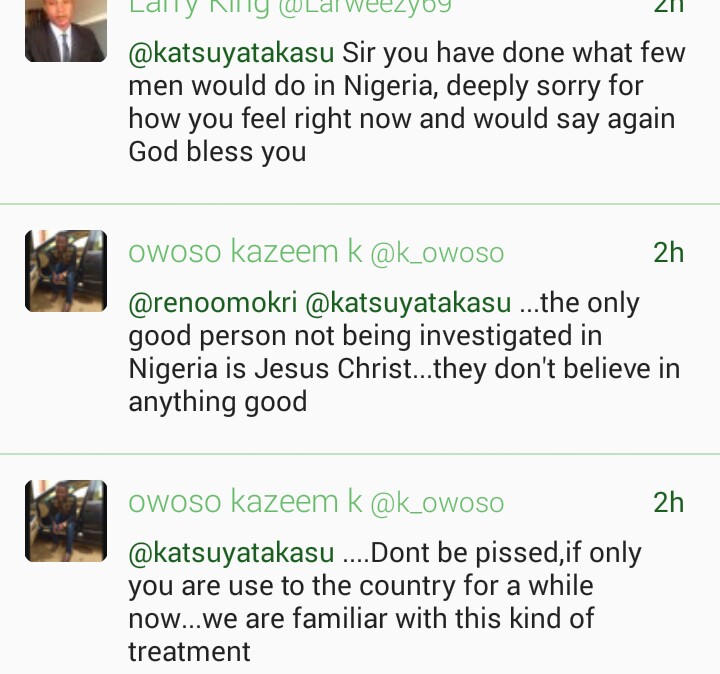 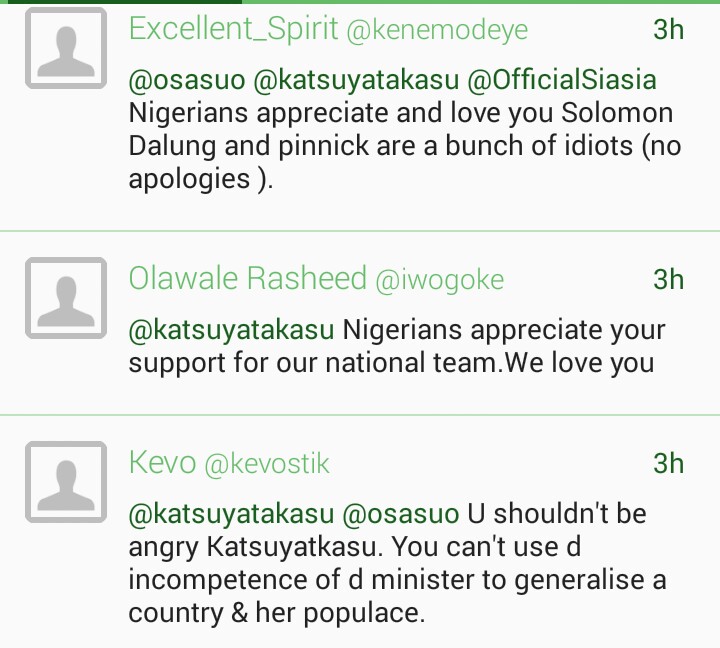