A dog is currently being tagged a hero after it secured the rescue of a newborn baby in Thailand.

According to police reports, the baby had been kept within a heap of dirt on a farm around the Nakhon Ratchasima province in the north-eastern part of the country.

Luckily, the baby was discovered by the dog, on the same day he was abandoned.

The dog is said to have become unsettled as it approached the area where the baby was, so it began to dig around until it discovered that there was indeed a baby within the pile of dirt.

It then began to bark and drew the attention of its owner who was going about his normal activities as a cattle herder on the farm. 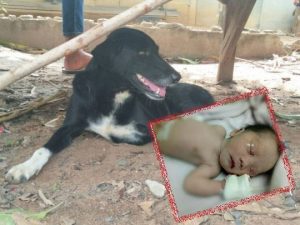 “I don’t think it was long after his mother buried him before the dog found him.

He further reassured that the baby had been taken to the hospital for proper care, though, he was still healthy at the time officers arrived at the scene.

Panuvat stated that the baby had not even been named yet before his mother ran to the farm to dump him.

According to him, she was just 15-years-old, and she claimed she was scared that of what her parents would do to her. Hence, she decided to bury the baby soon after she was delivered.

Meanwhile, many other citizens have been commending the bravery of the dog, stating that dogs will always be humans’ best friends.

Teenager kills another over N200 in Ogun

El-Zakzaky wants N2bn from DSS, AGF over seizure of passports

Tinubu 2023: APC gives letter of recognition to ‘Nigeria Diaspora for…