WHAKATANE, also known as white Island, New Zealand – More than two dozen people were feared missing on Tuesday, a day after a volcano that is a tourist attraction suddenly erupted off the coast of New Zealand’s North Island, killing at least five people and injuring up to 20.

SEE ALSO: Cardi B Gets Extremely Wasted After Sipping On Nigerian Beer

Some tourists were pictured deep inside the crater just moments before the blast. Others on a boat near the island had to flee as thick, black smoked billowed towards them.

Police said early on Tuesday they did not expect to find any more survivors from the volcanic eruption, which occurred on White Island on Monday at about 2:11 p.m. (0111 GMT), spewing a plume of ash thousands of feet into the air.

Australia has confirmed some of its citizens were involved, thought to be passengers from the Ovation of the Seas cruise ship, which departed from Sydney last week.

Eighteen survivors have been evacuated suffering injuries including severe burns and five people are dead, leaving an estimated 27 still unaccounted for.

“No signs of life have been seen at any point,” the police said in their statement early on Tuesday after rescue helicopters and other aircraft had carried out a number of aerial reconnaissance flights over the island.

“Police believe that anyone who could have been taken from the island alive was rescued at the time of the evacuation.”

Tour operators took some people off the island before it was declared unsafe. Twenty-three people were rescued, police said on Monday, adding that others were still on the island.

“Police are working urgently to confirm the exact number of those who have died…” the statement said, adding that a ship would approach the island at first light on Tuesday to further “assess the environment”.

A no-fly zone over the area is now in effect. 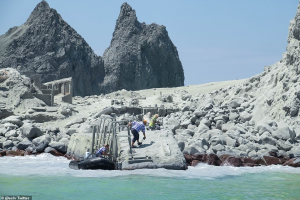 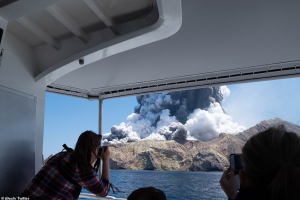 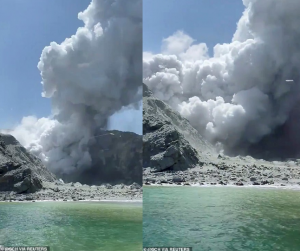 We will fight corruption with full powers of law -ICPC

Nasarawa Govt to Boost Fight Against HIV with N1.8bn

Nigerian Mission, Unions in Italy vow to get justice for murdered lady