Men of The Department of Security Services, DSS, have reportedly arrested the President of the Chocolate City Music Group, Audu Maikori.

The arrest come after Audu Maikori took to his social media page n Twitter to reveal a story of how five secondary school students were killed in the Southern Kaduna crisis.

Audu Mikori some days after tweeting the story took to his page to issue a statement retracting the claim as he added that his driver had fabricated the story to extort money from him.

Men of the DSS were reported to have arrested the Chocolate City President in Lagos and has since been transported to Abuja. 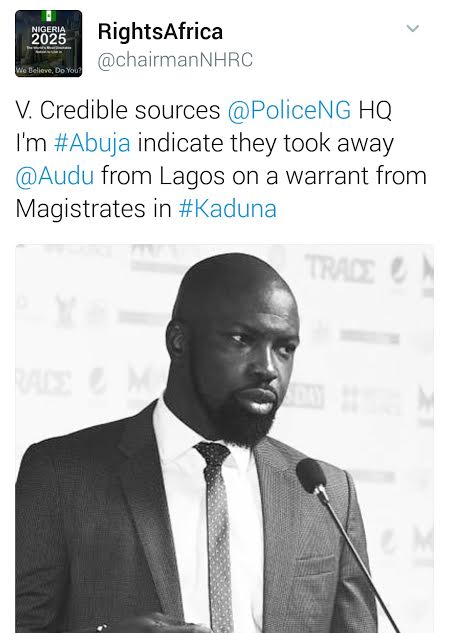 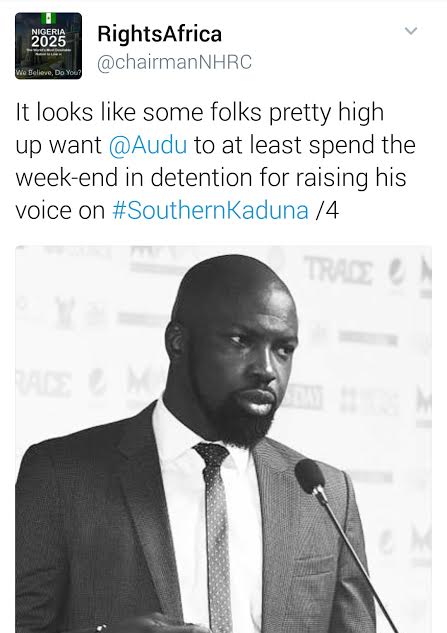