Chido Onumah who was taken into custody by the Department of State Service, DSS, has been released. Chido Onumah is a popular critic of the Buhari led-administration. He is also a Nigerian and Canadian Journalist.

Chido was arrested at the Nnamdi Azikwe International airport, in Abuja. It is unclear why the Journalist was taken into custody but it could be related to his published book “We are all Biafrans”.

Chido Onumah’s arrest has been confirmed by a Legal Practiotioner, Mart Obono who took to Twitter to state his grievance.

Mart Oboko said “Chido Onumah has just been arrested by the DSS at Abuja International Airport.

“It is not clear what the offense is but it may not be unconnected with his book, ‘We Are All Biafrians’.

“The government is doing everything to shrink civic space but we will not let them.

“I was called by the person who was supposed to pick him up at the airport.”

“Chido Onumah has been taken to SSS Headquarters in Asokoro. Heading there in a bit to know what the situation is. We need to brace up. We are entering into an era of hashtag for free this and free that. We really need to brace up #FreeChido” 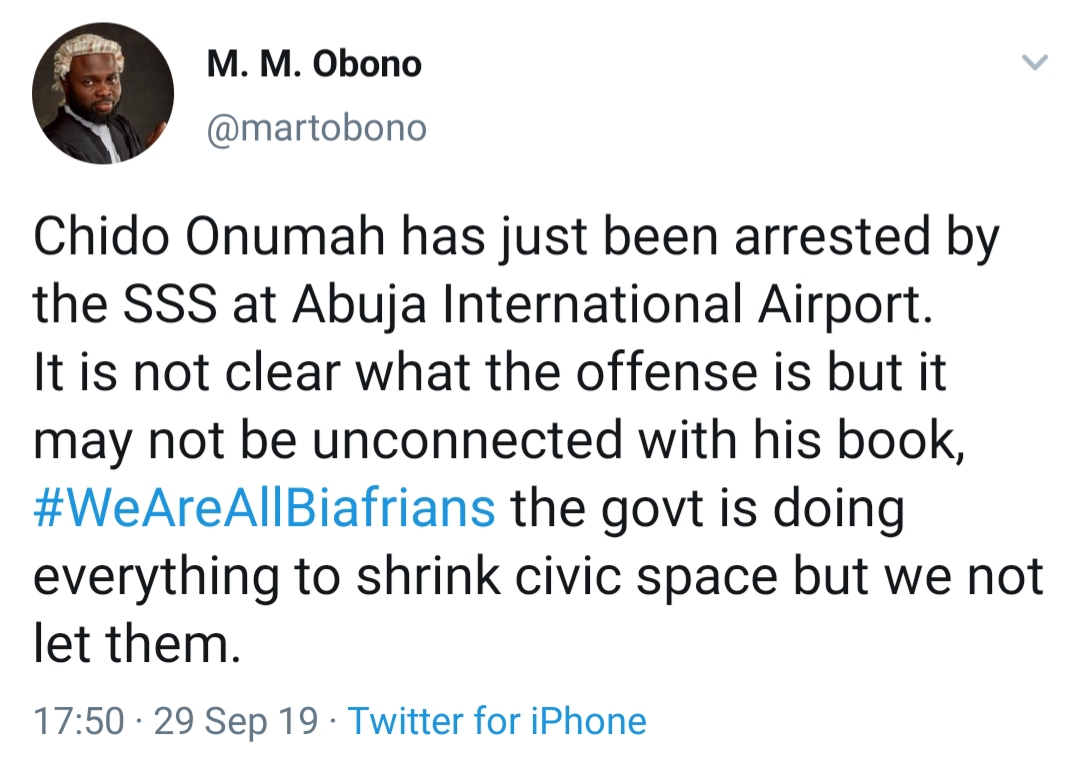 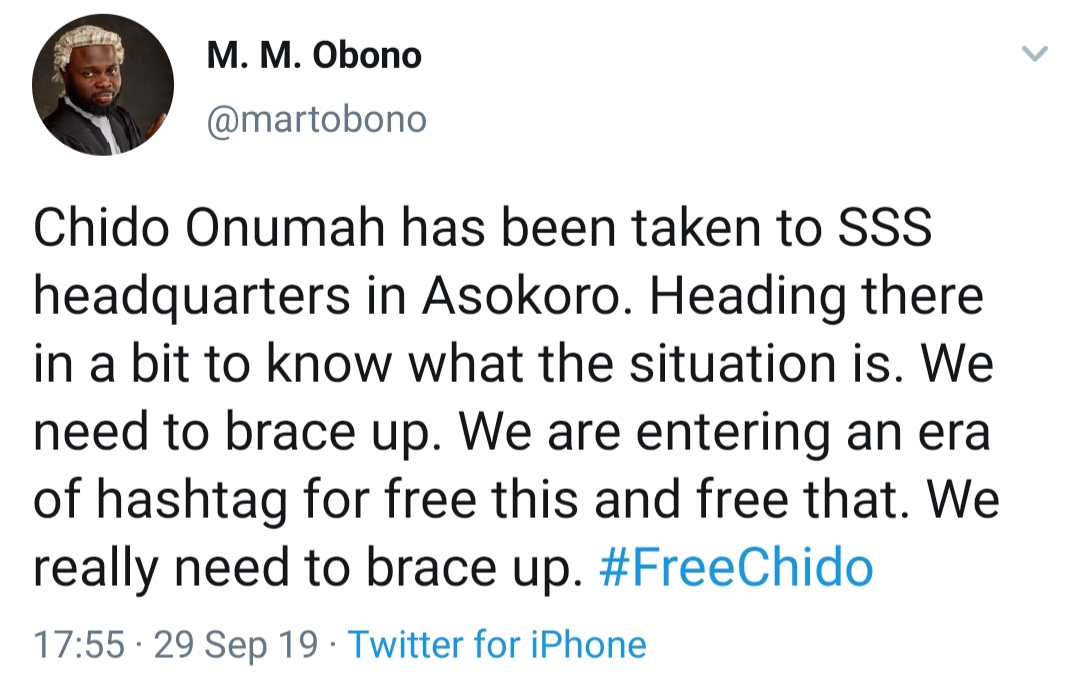 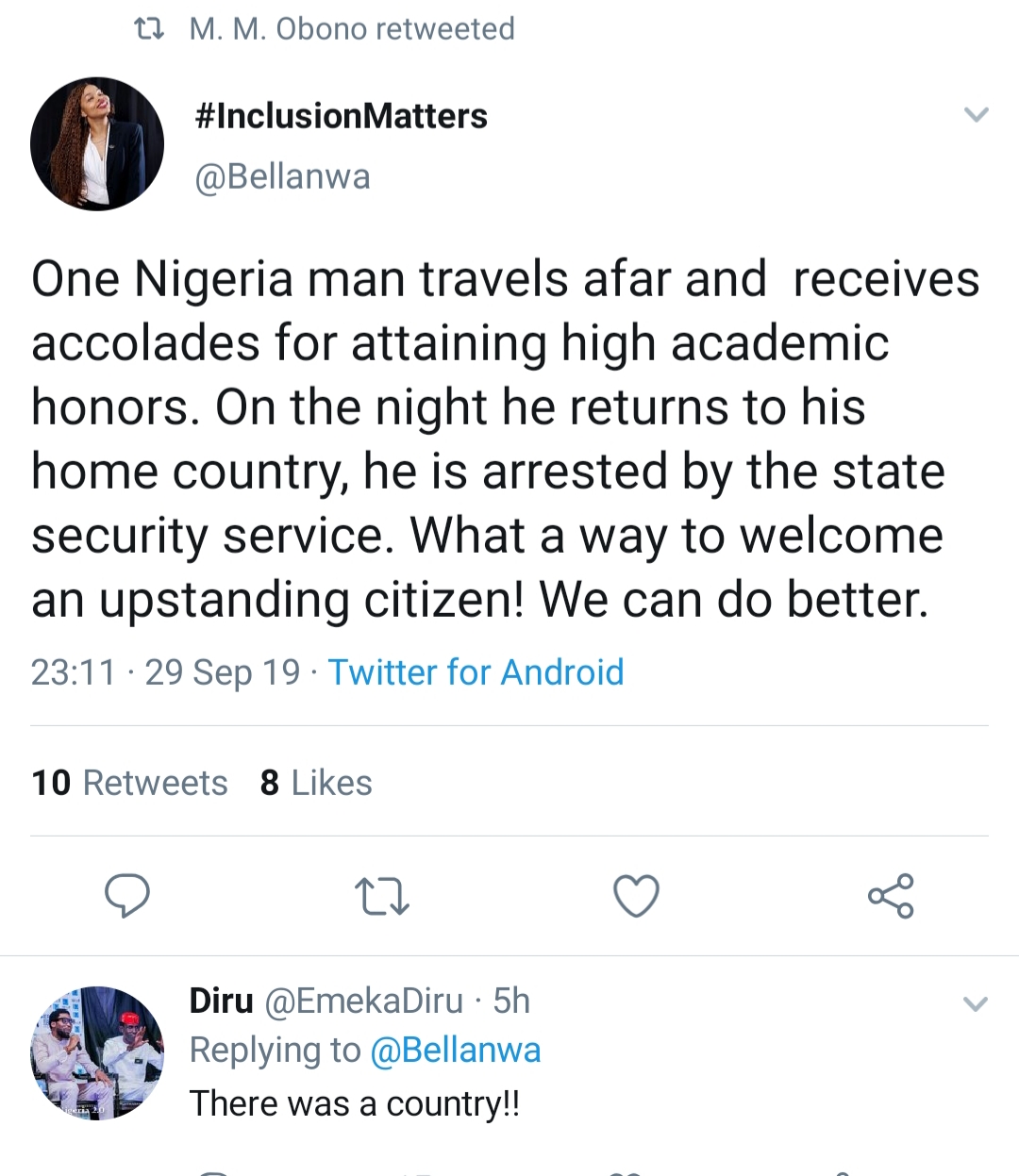 However,  his lawyers have  been able to secure his release.