Governor Godwin Obaseki has reacted to his victory at the recently concluded Governorship election, expressing gratitude to the people of Edo State for returning him as Governor for another four year term.

Obaseki thanked his supporters for their courage in the face of threats, intimation and brutalisation. He dedicated his victory to the people of Edo State.

Obaseki was declared winner with more than 307,000 votes on Sunday. 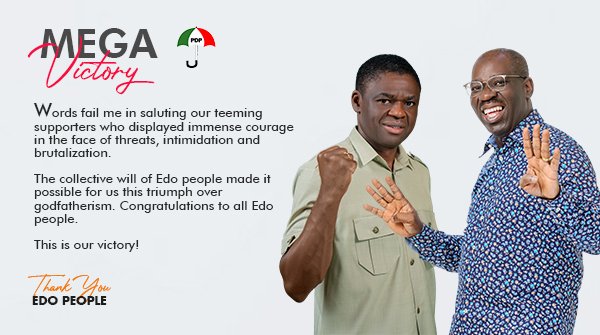