The Economic and Financial Crimes Commission (EFCC) has commenced investigation into the case of a suspected fraudster, Ishaq Abubakar.

He was nabbed for concealing 2,886 Automated Teller Machine(ATM) cards and four Subscriber Identification Module (SIM) cards in packs of noodles.

Abubakar was handed over to the EFCC by the Nigeria Customs Service (NCS) on Thursday.

He was arrested Customs officers at the Murtala Muhammed International Airport, Lagos, on his way to Dubai.

Represented by Customs Area Comptroller, A. Ma’aji, Bako said the suspect, who claimed to have come from Kano to travel to Dubai aboard the Emirate Evacuation flight, was seen with someone assigned to facilitate his movement through the airport checks.

“This raised the suspicion of the officers who insisted he should be physically and thoroughly checked after the scan machine had revealed he was carrying parks of noodles”, he said.

“On behalf of the Commission and the acting Chairman, Mr. Muhammed Umar, we have taken over Ishaq, and I can assure you that we are going to investigate the matter thoroughly and unveil everybody involved in the syndicate.

“There are a number of possibilities. There is an element of conspiracy, foreign exchange (FOREX) malpractices and money laundering. Indeed, banks and bankers are definitely involved.” 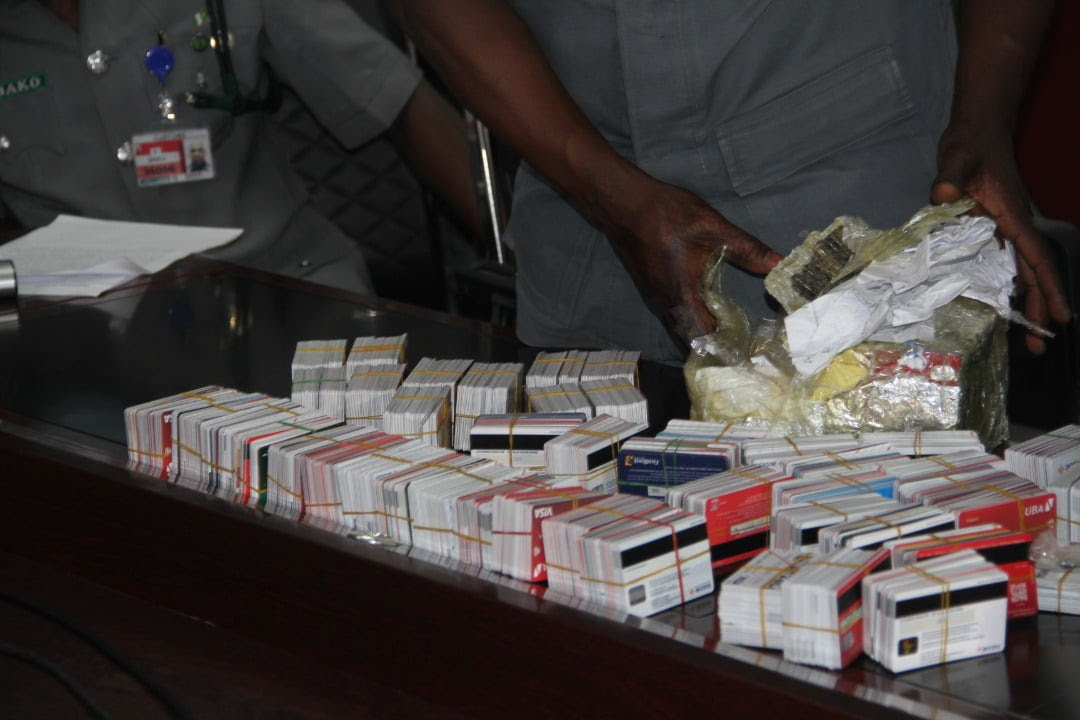 The official said there was possibility of the suspect being a member of a network.

“In recent months, we have observed a trend in which unsuspecting Nigerians are lured into opening accounts to be bought at a fee. Most bankers are not carrying out their duties with due diligence, particularly the Know Your Customers, KYC, procedural check”, he decried.