Efe and Mavis Get Married In Big Brother House

Housemates Efe and Marvis had a Mock wedding after winning “best couple of Big Brother Naija”.

Earlier in the week, Big Brother informed the housemates that they would be holding a wedding ceremony and it was decided that Efe and Marvis would be the lucky couple and the rest of the housemates would take on different roles in the mock wedding.

After hours of cooking, the housemates to dressed up for their different parts, with ThinTallTony and Bisola playing the roles of parents of the bride. Bally was the father of the groom, Bassey was the event MC, TBoss was the friend of the bride/decorator and Debie Rise was the entertainer. 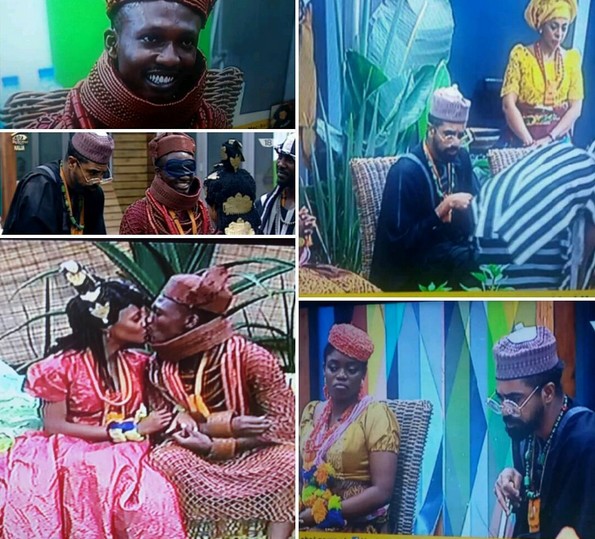 The housemates gave their all in the following drama but no one expected that Efe and Marvis would take their roles seriously. Yes, both housemates have a thing for each other but their actions made a lot of people imagine them as a real couple. 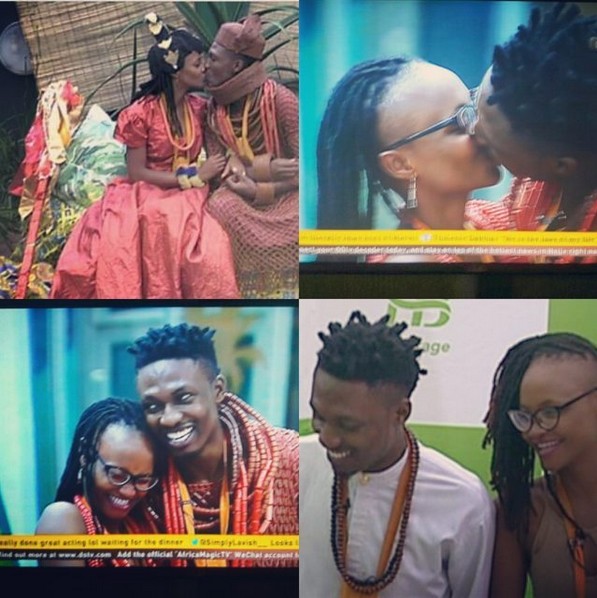 After the engagement ceremony, Biggie called Marvis and Efe into the house and asked them how they felt about the day’s events. Marvis answered that she was happy Efe was chosen as her husband while Efe also revealed his happiness at being her ‘man’.

See the video of the mock wedding below,