Eight men which include, two brothers and four cousins, have been found guilty of sexually assaulting the same girl in Rotherham when she was 13 years old. The jury at Sheffield crown court also found out that some of them abused two other girls as far back as 1999.

According to The Guardian UK, the main complainant, who is now 27 and a campaigner against child sexual exploitation, said her abusers threatened to “gang-rape” her mother if she did not submit to their sexual abuse, which took place largely in an alley behind a branch of Boots in Rotherham town centre, in a local park and in bushes near a museum. 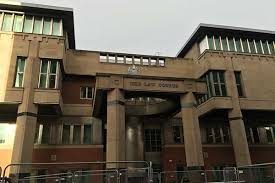 The jury believed her story that she was raped between January 1 and April 4 2003. She also added that she was asked  to scream so that their friends who were waiting nearby, could come and watch. She said that Sageer Hussain, 30 – who is of British Pakistani origin, along with all but one of the other men in the dock – first raped her behind Boots when she was 13 and later called her a “white slag” when she tried and failed to stop him. He was found guilty on Monday of four counts of rape and one of indecent assault.

The full verdicts returned by the jury on Monday were as follows:

The brothers’ cousin, Mohammed Whied, 32, of Kimberworth was found guilty of aiding and abetting rape.

Ishtiaq Khaliq, 33, of Eastwood was found guilty of rape and three counts of indecent assault.

Waleed Ali, 34, of Rotherham was found guilty of rape and indecent assault.

Another of the Hussains’ cousins, Asif Ali, 30, of Rotherham, was found guilty of rape.

Naeem Rafiq, 33, from Bradgate, was found guilty of conspiracy to commit indecent assault and false imprisonment.

They will all be sentenced at Sheffield crown court on November 4.

Common SIGNS and SYMPTOMS of Stress

“I urinated on myself” – Lady flogged by police during Surulere…

Why Gender-Based Violence must be prioritized in reportage – Minister Tallen