Elozonam, 2019 housemate of Big Brother Naija reality show has reacted to the cheating allegations levelled against him by Michael Olafisoye.

The Herald earlier reported that Olafisoye accused his wife of cheating with several men including Elozonam of the popular reality game show.

Denying the allegations, Elo has demanded a retraction of the defamatory tweets and an apology.

“My attention has been drawn to the tweet of Michael, spouse of Defunke of this morning the 27th of September 2020 about a chat that happened in January 2020. @_cvv_aaa,” he tweeted.

“I did not sleep with his wife and that he ambiguously put out a statement, tagged my handle, and led people to believe otherwise is highly offensive.”

“He then put out a tweet to absolve me of the allegations and on that note, I demand a full apology and retraction of the statement he made. @_cvv_aaa.” 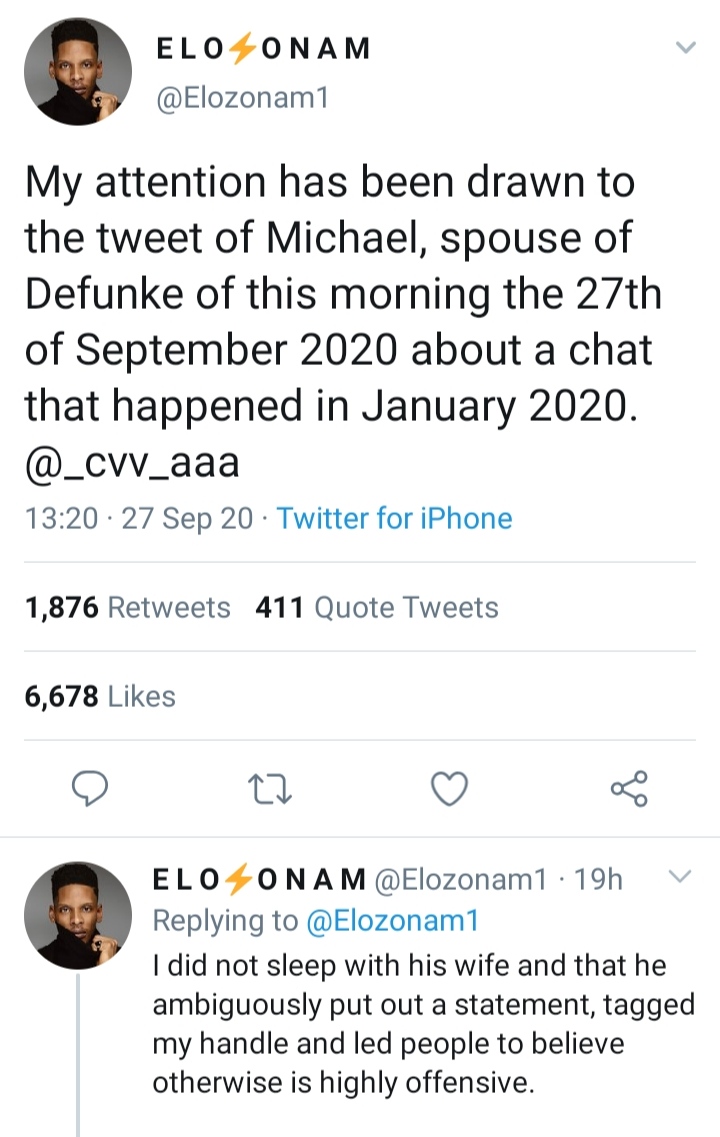 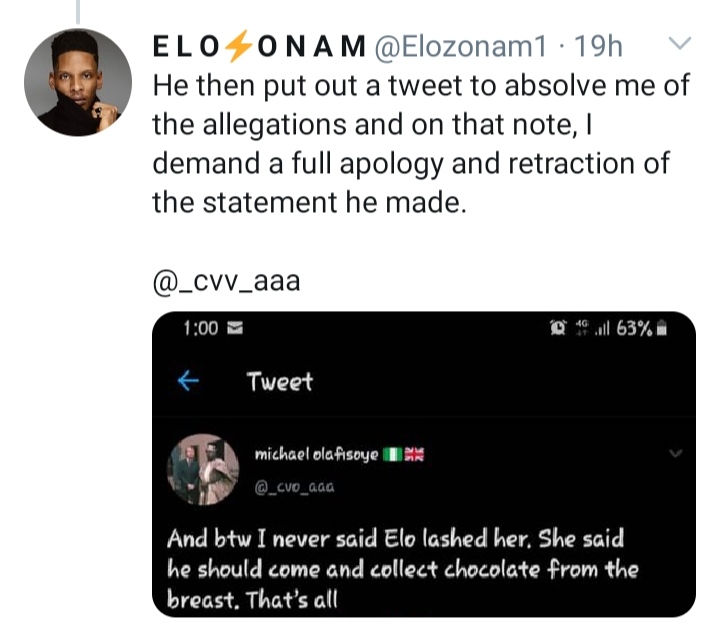