A new employee has been disgraced after stealing a phone on his first day at work.

A Twitter user, Opeyemi Babalola narrated the incident on Thursday.

He disclosed that the thief was exposed by the CCTV surveillance system operational in the office.

Babalola, who did not name those involved, explained that the incident occurred when the new employee’s trainer went to another office to print out a document.

“Before he came back, his phone disappeared.

“Thank God there is CCTV in the office. When they played the video for him, he started begging and released the phone. 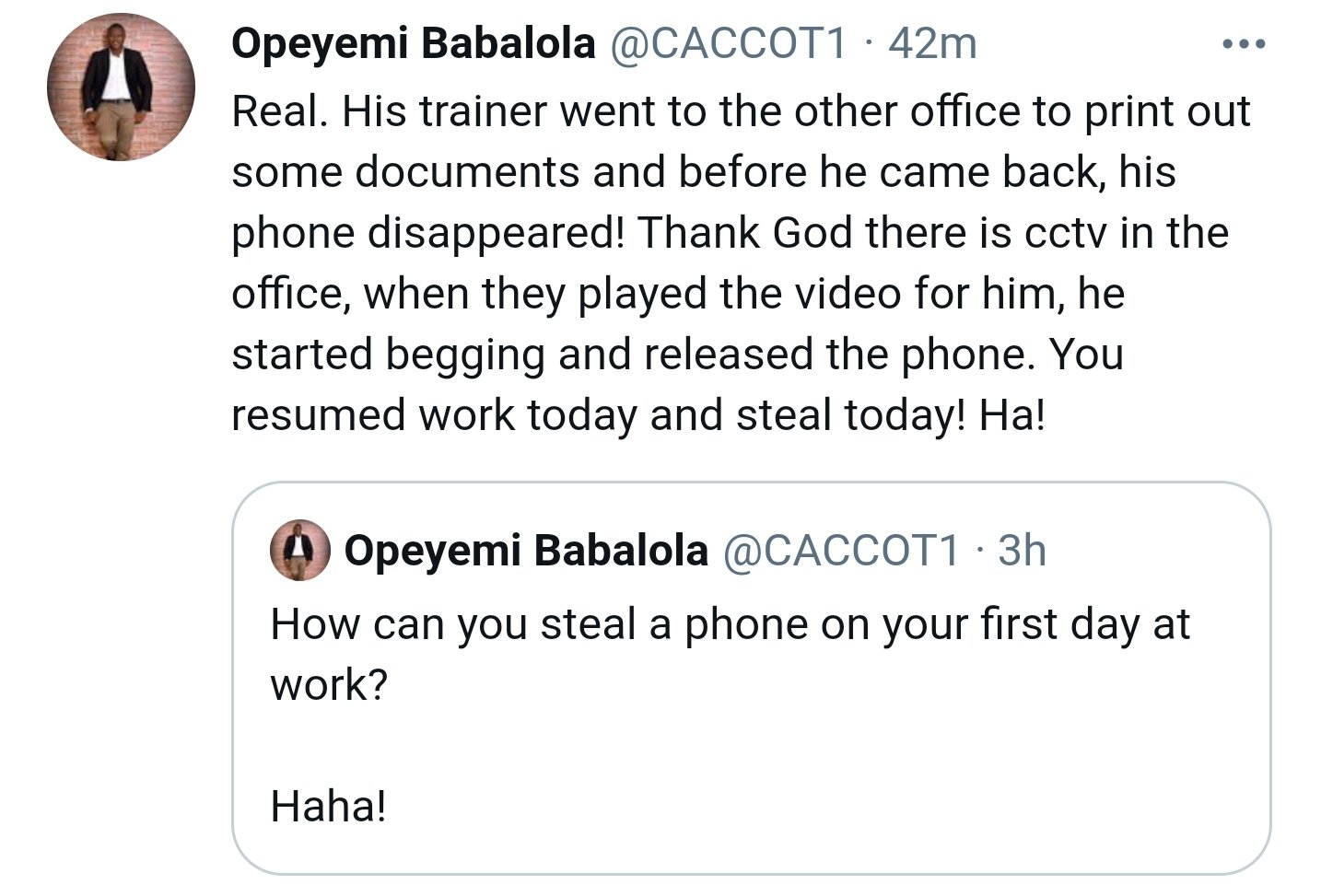 My appointments not lopsided – Buhari

Hushpuppi Pleads Guilty To Charges, May Get 20 Years In Prison

VIDEO: UNIZIK Lecturer Allegedly Flogs Female Student For Not Dressing In Ankara To…

Obi Cubana: ‘I’ve Told My Children How To Bury Me’ – Onyeka…