Popular musician, Folarin Falana aka Falz says he will join a Thursday protest called by colleague Runtown to demand a permanent solution to atrocities committed by the Federal Special Anti-Robbery Squad (FSARS).

Falz stated this in a tweet on Tuesday after Runtown said there was no going back on the peaceful protest. 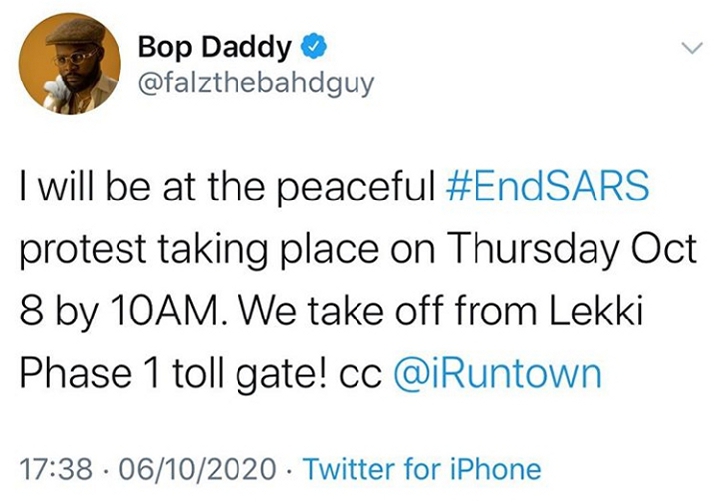 Recall that self-styled president of Marlian nation, Naira Marley suspended another peaceful protest he scheduled for today following an appeal by police authorities and the Minister of Youth and Sports, Sunday Dare.

He later held an Instagram Live with Force Public Relations Officer (FPRO), Frank Mba, who addressed the concerns of many Nigerians.

Premier League: Gainers and Losers In The Transfer Market