Nollywood actress, Eniola Badmus is not at all happy with the reckless spending of one of Lagos Big Boys, Hushpuppi.

The actress made her dissatisfaction known on her social media page after Hushpuppi posed a club bill from his night out over he weekend which read N11 million.

Eniola Badmus who was not comfortable with the reckless spending took to her Snapchat page to call the bi boy out asking whim the source of his income.

Recall that Hushpuppi who is known for his choice and lavish spending had before flaunting the expensive bill garnered at Quilox over the weekend shared a photo of his refrigerator containing luxury wrist watches and drinks estimated to be worth millions.

Eniola Badmus who reminded the lavish spender of his days when he sought follow backs on Instagram wrote: 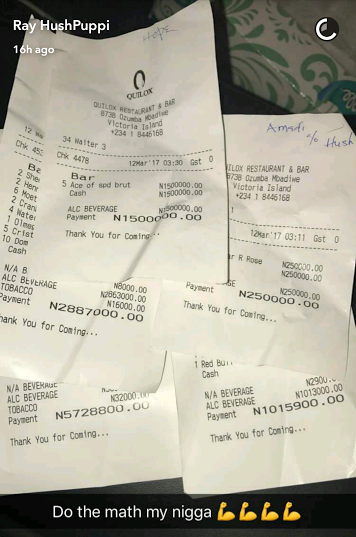 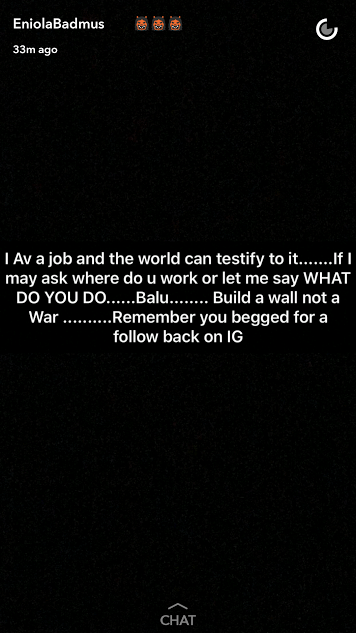 Hushpuppi who has in times past flaunted a load of his footwears, bags and other expensive items on social media is however yet to respond to the attack from the actress.