Argentina Star Javier Mascherano has announced his retirement from professional football after a career that spanned 17 years across South American and European leagues.

The midfielder began his career in professional football with Argentine side River Plate in 2003 and spent a year in Brazil with Corinthians before making a move to the Premier League.

Mascherano had a stint at West Ham and went ahead to play at Liverpool for 3 years, before he was signed by Barcelona, where he enjoyed the most successful spell of his career. 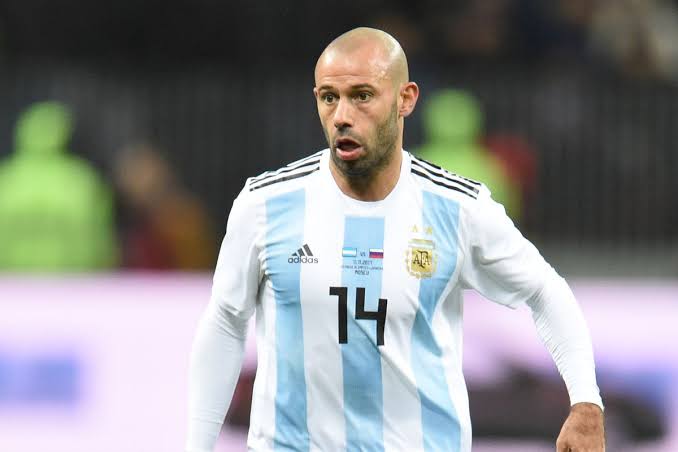 After clinching five La Liga titles and two Champions League cups among a host of other trophies in his eight long years at Camp Nou, he made a transfer to Hebei China Fortune.

The 36-year-old’s homecoming in January this year was memorable, reuniting with former national team-mate Jaun Sebastian Veron in Argentina, who is the club’s chairman.

Mascherano has been a regular for the Superliga outfit and was contracted to the club until June 2021, but he has decided to hang up his boots now.

He said at a press conference: “It is time to finish my career because of things that happened to me in recent months, that on a personal level and after having thought about it for all this time, the most correct thing is to finish today.

“I have lived my profession 100 per cent, I gave the best I could and today I find that it has been difficult for me for a while and I do not want to disrespect Estudiantes, who trusted me to return to Argentina, or my colleagues, or this profession.

“It does not have to do with the club or with a result, but with feelings that one is feeling over recent times, which make the illusion that one had of being a footballer fade.

“Post pandemic, I thought that I was going to feel the spark again, but the truth is that I could not. Out of respect for everyone, it is time to step aside and end this race. I didn’t want to let time go by.

Mascherano continued, “I am infinitely grateful to the clubs I played for, the team-mates I had throughout my career and to Estudiantes who gave me the opportunity to come and play in recent times. It was less than I expected, things happened this way and sometimes you don’t choose the end.

“I thank [coach Leandro] Desabato, the institution and my colleagues for having put up with me this last time.”