Ex-BBA Contestant, Beverly Osu Bares It All In New Photos

The controversial character who some months ago went wrong with her fans on social media after stepping out to an event braless took her photoshoot game to another level.

The model released some stunning photos of herself as she graced the set with nothing on but a leaf to cover her front portion and sensitive parts. 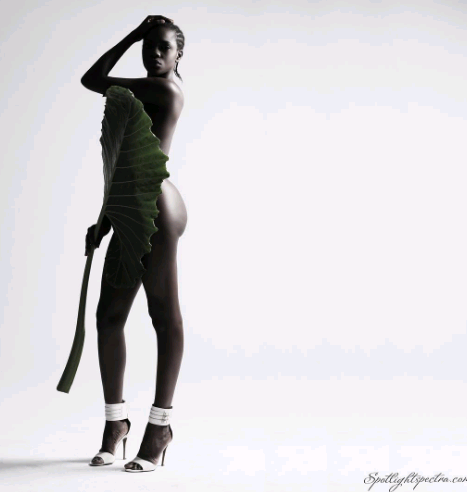