Dillish and Togolese International went their separate ways sometime in 2019 after being together for about 2 years.

There were unconfirmed reports that the relationship came to an end due to infidelity on the part of a partner.

However, Dillish has had the opportunity to chip in a few words when she took her Instagram page to refute the rumours during a question and answer session with her fans on her story.

The fan asked: “Did your ex-boyfriend cheat on you?”

Responding, Dillish said none of them cheated, revealing that she left the relationship because she got tired of being humiliated by the footballer on the internet.

Her post read: “it is really none of your business but I’ll like to make this clear; nobody cheated please.

“I left because I got tired of the way I was being humiliated by him on the Internet.”

Adebayor and the ex Big Brother Africa winner reportedly started dating back in 2017. 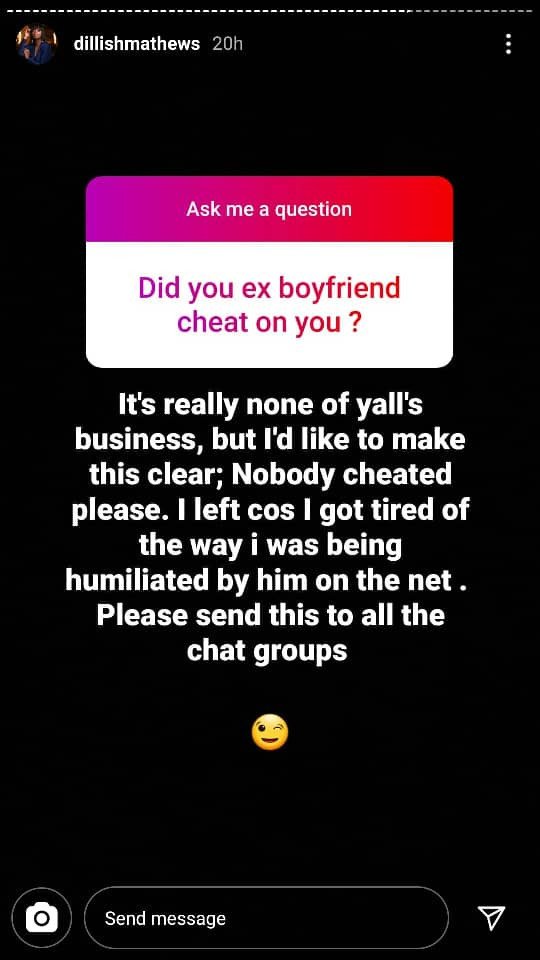