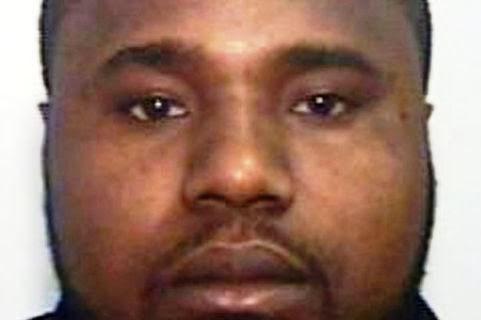 Stephen Emmanuel Jack, a graduate of Covenant University, who was furthering his studies abroad must have thought expert thinking taught at the missionary university was meant for becoming an expert fraudster.

He has been jailed for duping British women out of nearly N50 million in Romance scams.

A lonely hearts conman was jailed for three years after cheating six women out of £186,000 through dating websites. Police believe student Emmanuel Jack, 26, claimed to be an architect, engineer and gem broker, while talking them into handing over the money.

Using aliases including John Creed, John Windsor and Johnnie Carlo Rissi, the cash was said to be needed for vbusiness purposes.

The love rat, who was studying for a business degree at the University of Salford, admitted 11 counts of money laundering totalling £186,000 and possession of articles for use in fraud at Manchester Crown Court.

Two of the women who were conned are British.

Detective Constable Stuart Donohue said: “While we strongly suspect – but cannot prove – that Jack was the person who was communicating with these women, what we can prove is that money totalling close to £277,000 has been transferred through his bank accounts
“Woman from across the globe were targeted and exploited. Women, who in most cases were vulnerable and lonely.
“Some took out loans, others lost life savings, they believed they were speaking with a man who had genuine feelings for them, a man who loved them and wanted to be with them and who they genuinely believed to be a soul mate.”

The first victim met a man who claimed to be John Creed – a self-employed architect and building contractor on a dating website in August 2011 when she was aged 61.

The pair exchanged e-mails over several days before Creed began expressing his love.
He then claimed to have two contracts: one for log homes in Shropshire and the other for the renovation of flats in Sweden and sent her his contract allegedly worth £950,000.
He told her his feelings were “too strong to ignore” before asking for £1,500 to help pay for supplies for his project. She agreed to transfer some funds to the account.

At the same time another woman who was aged 52 at the time and who was vulnerable, began chatting with a man over the same website.
The man claimed to be living in Spain and working as an architect and building contractor.
After a couple of weeks he again asked for £1,500 to repair damaged machinery and cash to pay tax bills and money to pay his workers.
The woman took out a loan and paid the money to accounts that resulted in the money being transferred to Jack’s account.

Following the reports from the two women, an investigation was launched by fraud officers from Greater Manchester Police.
Officers linked up with with Kentucky state police who took a statement from a woman, who died in August 2013. She said she met a man with the profile name John Windsor through another dating site around January 2012.

Windsor told her he was an engineer who had been awarded a contract to redevelop Wick Airport runway in Scotland. The funds were sent to bank accounts by money transfers and in the form of Rolex watches through the post.

Officers also liaised with Delta police in relation to a victim from Ohio.
She met a man who called himself John or Johnnie Carlo Rissi who was from America but had moved to England to set up as a gem broker he requested money to help with a tax issue and for assistance with payroll, along with various other excuses. Nine transfers totalling £18,924 were sent.
A Proceeds of Crime Act hearing is scheduled to take place on May 16.

Arsenal ace Bendtner admits he is being frustrated at Emirates (Video)