An official of the Federal Anti-Robbery Squad (F-SARS), Omotosho Olushola Charles, has landed in hot soup after he extorted a lady in the Ikorodu area of Lagos on Wednesday.

Omotosho had demanded a N5,000 bribe from the lady, Adegoke Ifeoluwa, who was with some other people, while threatening to “waste” anyone among them if the bribe was not paid.

The lady thereafter agreed to pay the money but told the anti-robbery policeman that she had no cash and would do a bank transfer.

She transferred the money and he acknowledged receiving the bank alert.

Unknown to him, she intentionally suggested a bank transfer so that the transaction could be traced.

She then posted a screenshot of the transaction via her Twitter handle and tagged ACP Yomi Shogunle (pictured), the Officer-in-Charge of the Police Public Complaints Rapid Response Unit (PCRRU). 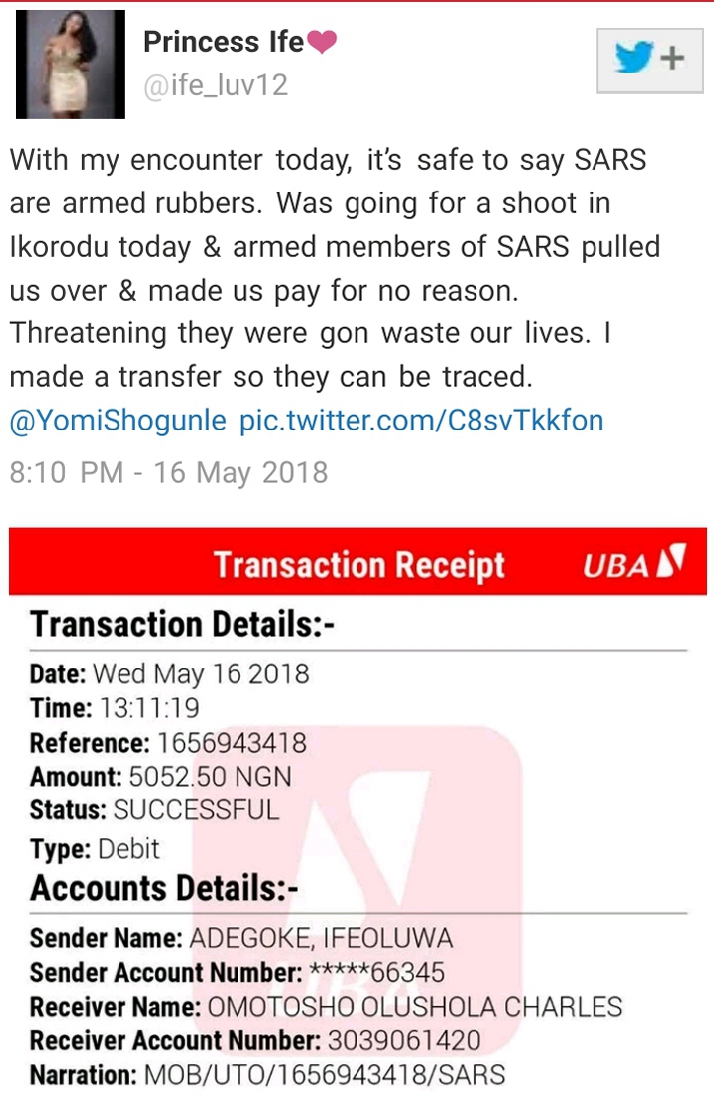 Shogunle, whose department has been known to swiftly respond to similar complaints, responded to the tweet on Thursday with details of action taken on the matter. 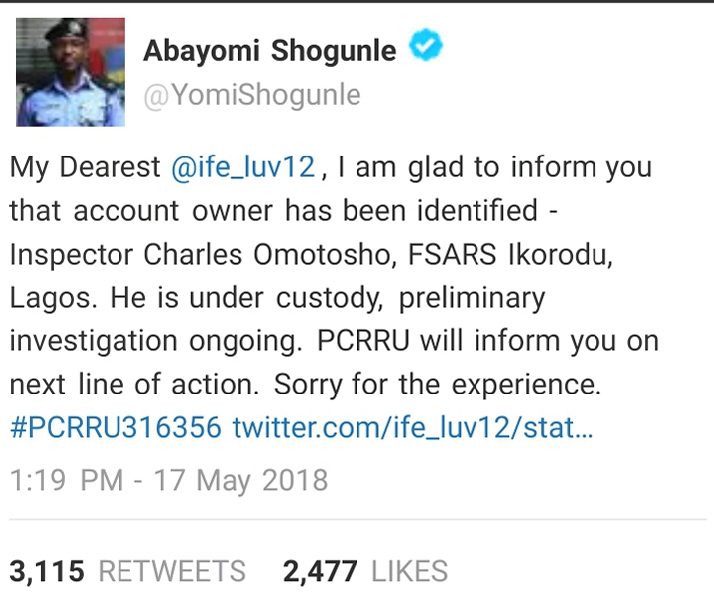 VIDEO: England’s World Cup Reveal Is the Best In the World So Far

‘Our next step is to ensure his release’ – Nnamdi Kanu’s…