The Federal Airports Authority of Nigeria (FAAN) has increased the charge placed on vehicles crossing the toll gate into the airport and out of the airport.

According to the FAAN, cars will now have to pay N400 to gain access into the airports as opposed to the N200 it was before while jeeps and Sport Utility Vehicles (SUVs) will pay N600 against its former gate fee of N300.

Trucks will be mandated to pay a charge of N1,000 before gaining access into the airports.

This has added to the burden that Nigerians are under and is just another example of how prices have increased for products and services.

You can see a photo of the new prices below. 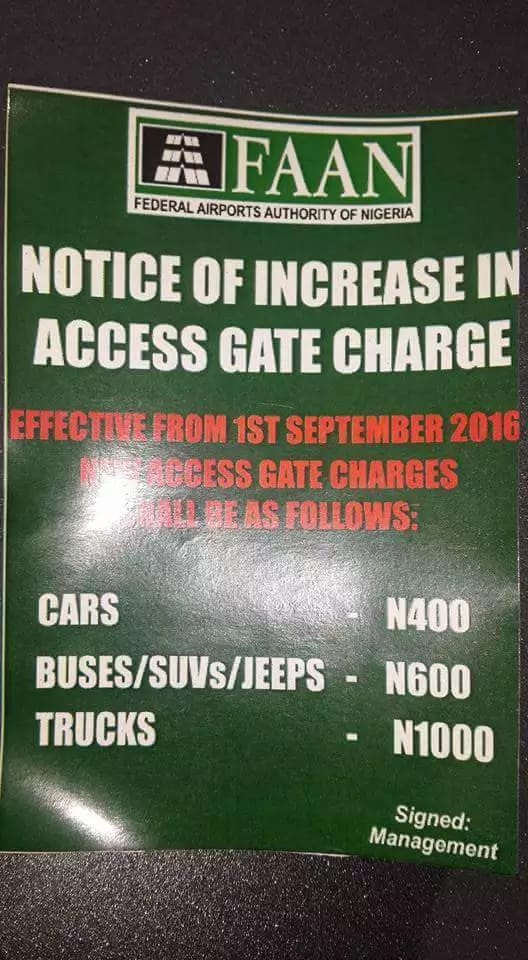