Nigerian On-Air-Personality and vlogger , Toke Makinwa has taken to her Instagram page to give insight into her life’s journey so far.

In a lengthy post, she thanked God for successes and expressed appreciation to those that stood by her through trying times.

I’m not where I want to be but I’m on that journey and the God that has brought me from #Misfitttohero is very real. Failure makes you hungry, pain births courage and against all odds, as long as you stay true to your calling, you’ll get there. You have to believe that there is more on the other side of fear. From Banking radio, television, vlogging, and then I authored a book and despite all that cane with It, I have become one of the most influential brands out of Africa and it can only get better. Share your story, keep telling it till the revolution becomes televised Cheers to Becoming more and even after you think you’ve become all you are called to be, there’s always room to become some more . #misfittohero #onbecomingmore Congrats @olorisupergal welcome to the authors club, super proud of you taking this bold move. 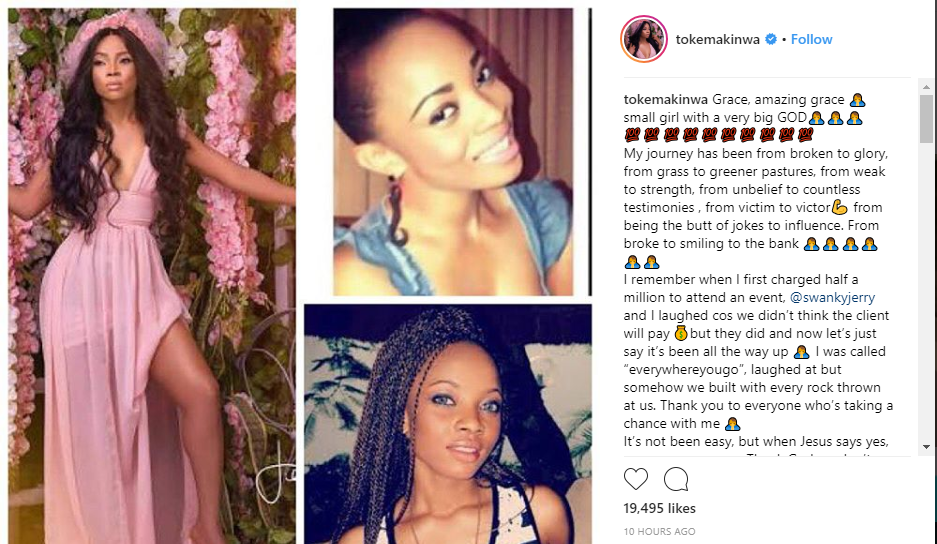 Toke Makinwa is known for her book, On Becoming and  her YouTube vlog series Toke Moments.