A woman was shocked at the reply her cheating husband gave while unknowingly chatting with her on a fake Facebook account she had made to watch him.

Modupe Adedayo Oriloye was shocked and devastated as she could not believe what her husband said about her. Her husband had replied to a fake account which she had set up to watch him.

She took to Facebook relationship group, Rant HQ to seek advice as the discovery from her cheating husband has caused her several sleepless nights.

Modupe’s Husband claimed that she had died four years ago, just so he could cheat on her with another woman, who he had no idea was his wife, disguised under a fake face book account.

According to her, she created a fake Facebook account to chat with her husband as a friend. In the course of chatting with him, she asked if he was married only for her husband to reply that she died four years ago.

She said, “I created a fake account n started chatting my husband n he told me that his wife died 4 yrs ago..what should I do?’

Some people sympathized with her, while others believed she was the cause of her problems, and she should not have created a fake face book account to spy on her husband 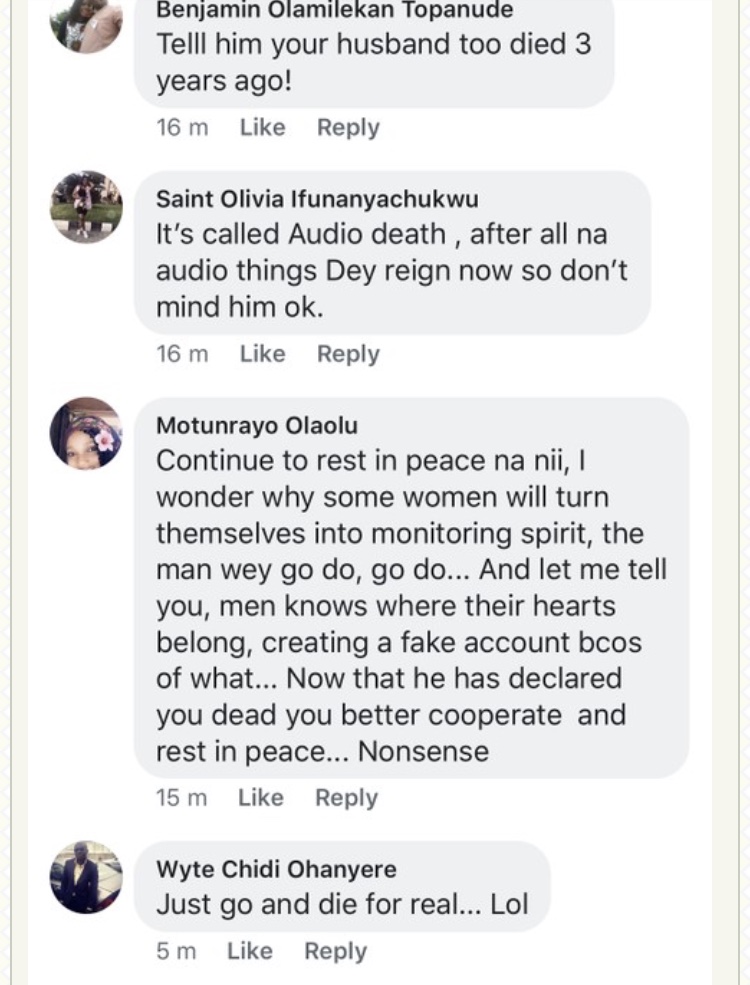 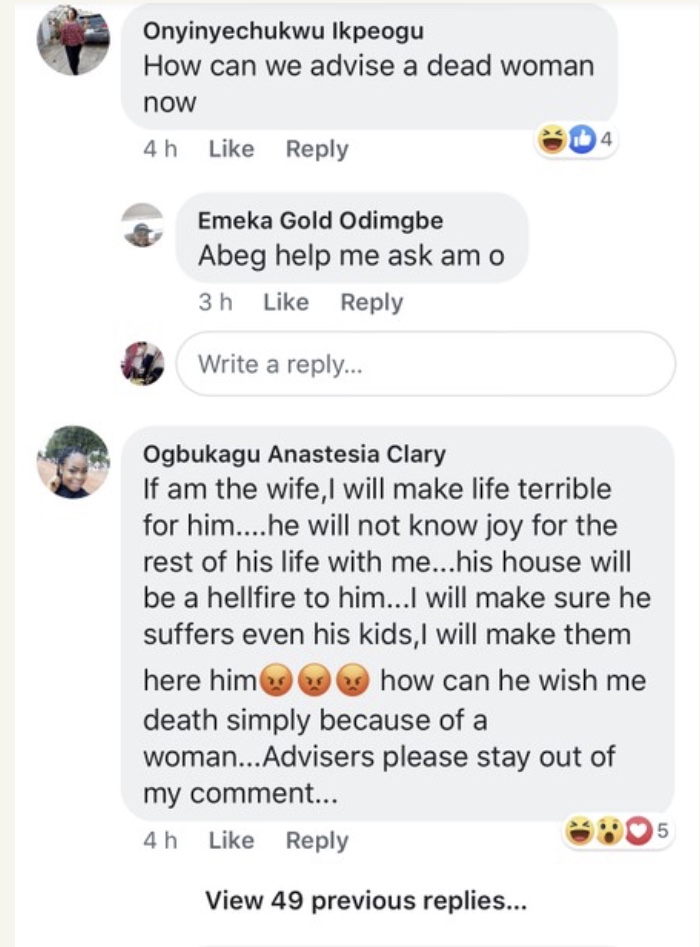 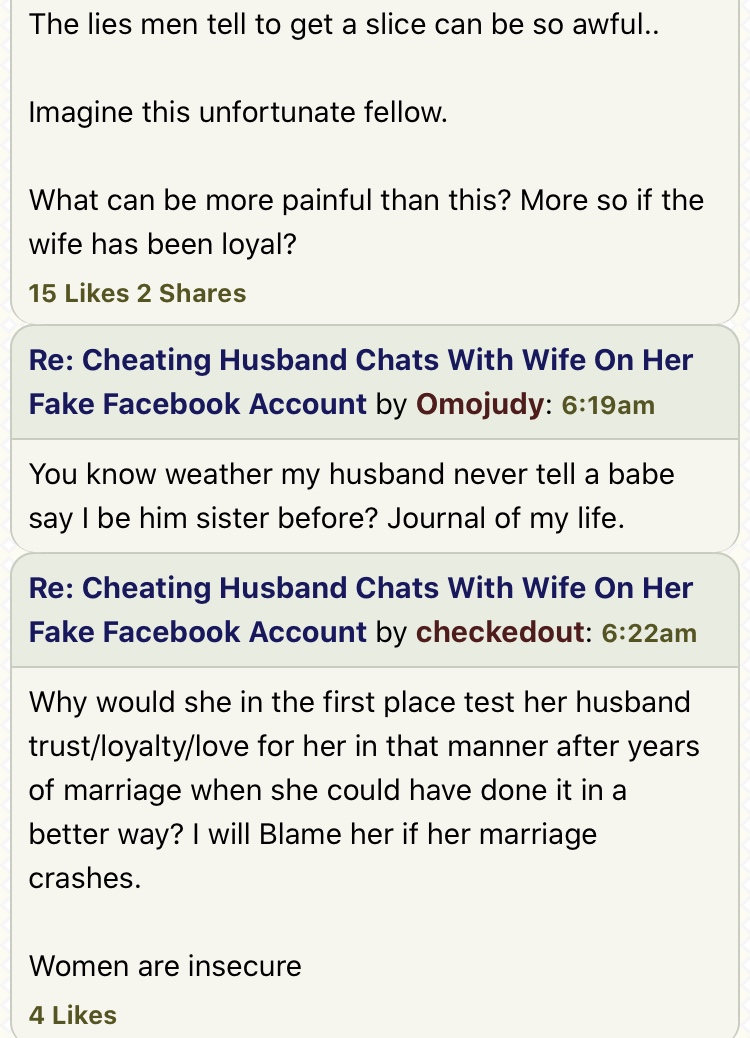