A man and his son have been beheaded in the Abi Local Government Area of Cross River State, following a renewed rivalry between two local communities – Usumtong and Ebom.

According to the leader of the Ebom community, Chief Sunday Obite, the deceased Oti Ato and his son were members of his community until they were killed.

He explained that they had gone to their farm alongside other members of the family to harvest the crops they had planted when the sad incident occurred. 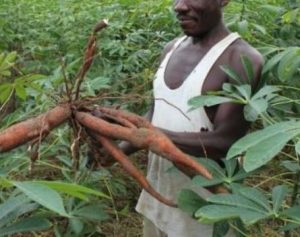 While speaking with newsmen, Obite said, “The man and his family were harvesting cassava when they were attacked by the Usumutong people. According to the grandson, who is currently receiving treatment in the hospital in Itigidi, he saw them behead his grandfather and father from his hiding place in the bush.

“They even made the wife, Eliza Oti, watch while they behead her husband and her son and asked her to take the message to her people. We believed that since soldiers are present, peace had returned but we have been proven wrong once again. Even as they steal our farm produce, we kept mute but now they have started again by killing a father and his son in the presence of the wife.”

The Cross River State Police Spokesperson, DSP Irene has also confirmed the incident, adding that the force has embarked on an inquiry on the matter.

Also, read: We will do everything to stop street begging in Kano, Ganduje assures