The task before the newly-inaugurated Minister for Power, Works and Housing, Babatunde Fashola, is indeed a daunting one. While Fashola is known to be a performer, judging by the transformation he was able to engineer in his capacity as Governor of Lagos between 2007 and 2015, the exigencies of manning three federal ministries as broad as those combined into one under his care will surely take its toll. Some pundits are already saying they expect his hair to be as steely grey as Nobel Laureate, Wole Soyinka’s at the end of his tenure as the Minister of Power, Works and Housing. The focus of this piece is to help him along the way, if his plan is to leave enviable marks behind at the end.

The problem of inadequate housing for the teeming population of approximately 180 million is getting even more complicated. As at 1991, Nigeria had a housing deficit of 7 million units. But a mere 24 years down the line, the deficit is standing at nearly 250 per cent increase. The housing deficit at the moment stands at 17 million units.

Available information shows that 80 per cent of Nigerians live in rented apartment compared to 19 per cent in South Africa and 22 per cent in Ghana. This is directly tied to statistics that show that the low and medium income families represent about 65 per cent of the Nigerian population which also represent 85 per cent of the housing demand for the nation.

To put this in perspective, it is important to note that the low and medium income earners are the most likely to live in rented apartments. According to a 2014 paper written by Roland Igbinoba, MD/CEO of FHA Mortgage Bank, most members of the low and medium income classes earn $4 (app N1,000 – emphasis mine) or less daily. What this means is that these income classes earn around N30,000 or less monthly. Really, to buy a home that costs N5 million, for how long will a N30,000-income earner save? I leave the calculation to you guys…

The World Bank has estimated the cost of bridging Nigeria’s 17 million housing deficit at N59.5 trillion. Nigeria’s entire budget for 2015 is N4.452 trillion. So, the country will need to set aside its entire budgetary provision for at least 10 years to be spent exclusively on housing before it can bridge the deficit! How is that even possible you might ask? The truth is that it is impossible.

How then can the government go about bridging this lacuna that exists between the people’s expectation for adequate housing and this present, debilitating reality? The answer seems to be in Costa Rica! Well, in case you are thinking that is an idiomatic expression, it is not. Some architects and engineers in the Central American country of Costa Rica have developed a way to provide affordable and decent accommodation using shipping containers.

According to Interesting Engineering, the small shipping container is proof that you can “pack great things into small spaces.”

The shipping container is capable of sleeping four individuals comfortably. It also has a toilet/ bathroom, kitchen and a dining area which can be converted into an office. 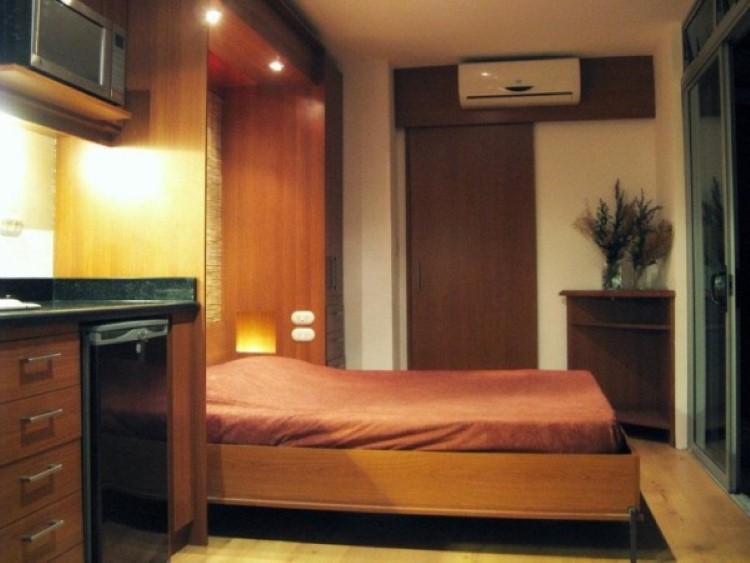 While the cost of constructing a home of this nature is not readily available, it is an option that should be considered if the housing deficit in the country is to be remedied. This is even more so considering that many of this housing units can be fitted into a relatively small piece of land.

The government of President Muhammadu Buhari promised us “change”, whatever that means. One of the three basic needs of man is shelter. This present administration can herald its change agenda by exploring this shipping container housing unit scheme as an avenue to ameliorate the housing deficit in the country.

NUC Ranks University of Ibadan as the Best in Nigeria

Wike In The Eyes Of History – By Paulinus Nsirim

Insurgency: Nigerians must know victory is from God alone – By Femi Adesina