The gubernatorial candidate of the All Progressives Congress (APC) in Ekiti, Dr Kayode Fayemi, has distanced himself from a Twitter handle @JKFayemi.

The controversial handle has 64 followers and follows 9 persons as at 10:40am on Sunday.

It was used to release a controversial tweet purportedly from Fayemi that he would reverse the Anti-Open Grazing Law enacted by Fayose should he win the July 14 poll.

The June 6 tweet read, “I will reverse anti-grazing law made by Fayose. Ekiti State can not be fighting the Federal government unnecessarily because of Fulani herdsmen.”

Tweeting via @JKF2018, which has 459 followers, Fayemi said the Twitter handle @JKFayemi and tweets emanating from it are fake. 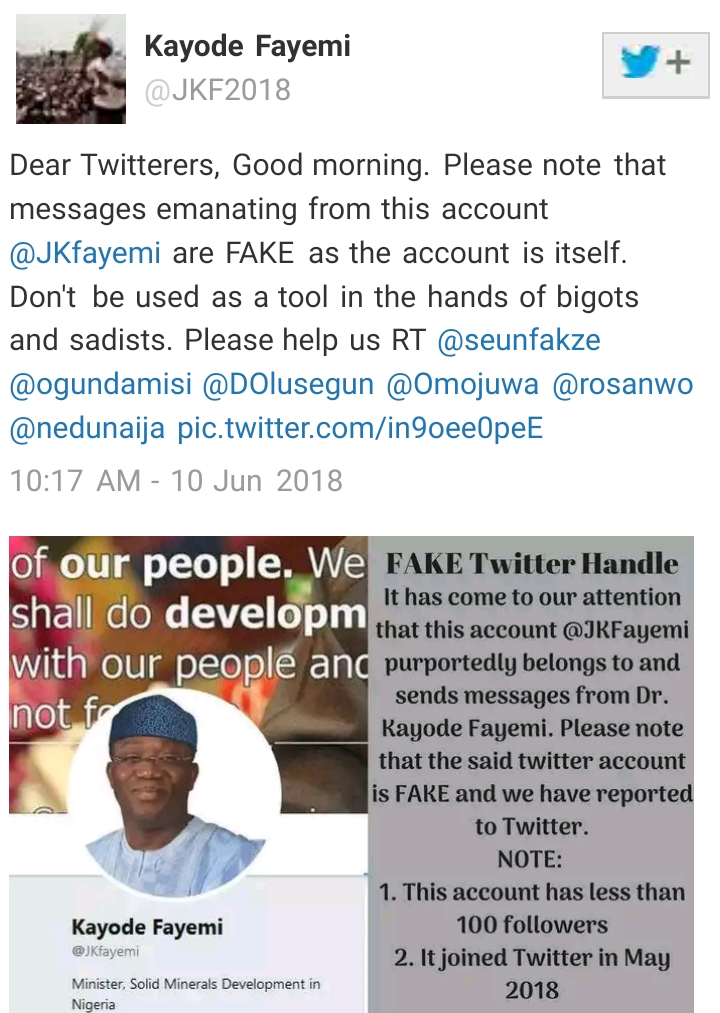 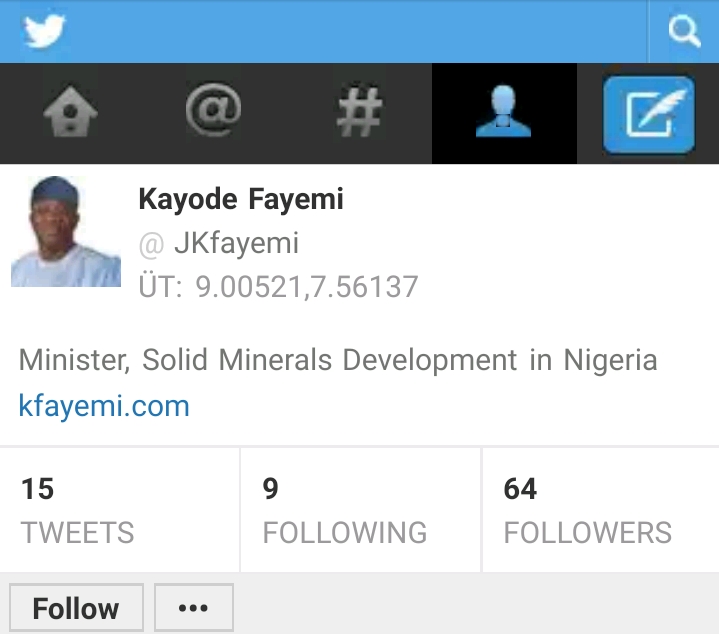 4 ‘Yahoo boys’ die in their sleep in Delta

(Graphic Photo): Woman chops off finger of young niece living with her in Onitsha