The Nigerian Federal Government has resorted to coporate begging online after spending a whopping $60,000 on Toyota Camry Vehicles for its legislators originally valued at $30,000.

The Nigerian Federal Ministry of Finance through its Twitter account @FinMinNigeria was seen responding to a giveaway from American techpreneur billionaire Elon Musk @elonmusk via his company @Tesla on twitter.

For a country that spent such a huge amount on vehicles perhaps it should be asking for giveaways for good roads from Toyota instead of knocking on the door of Tesla. After-all you need good roads to drive the cars.

Asides from the unnecessary and irresponsible spendings carried out by the Nigerian Federal Government, prominent Nigerians, including private Individuals and prominent organisations have donated billions in cash and kind to the Federal Government to help in the fight against Coronavirus.

Tony Elumelu of UBA, First Bank, Dangote, Otedola, Pastor Adeboye of the RCCG, Oyedepo of Winners Chapel, Pastor Enenche of Dunamis as well as dozens of private individuals and corporates have donated billions in Naira and medical kits to the Federal Government.

Despite all the donations however, the Nigerian government through the Federal Ministry of Finance was seen begging for supplies from a foreign corporate organisation, Tesla.

Rather than emulate other governments who been providing parliatives for their citizens in this time of crisis, the Nigerian government begged for 100-150 ventilators under a giveaway tweet by Elon Musk. 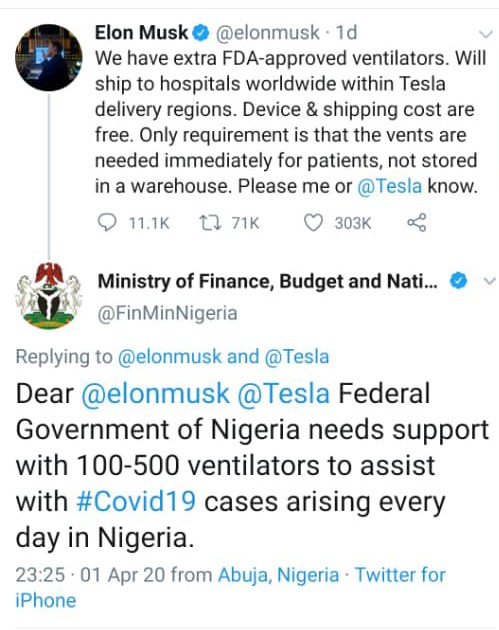 Reacting to the apparent corporate begging by their own Government, Nigerians on twitter asked Telsa to ignore the plea because officials were waiting to siphon the products for private use.

Others asked the Government why it had to resort to begging online when it has billions in donations. 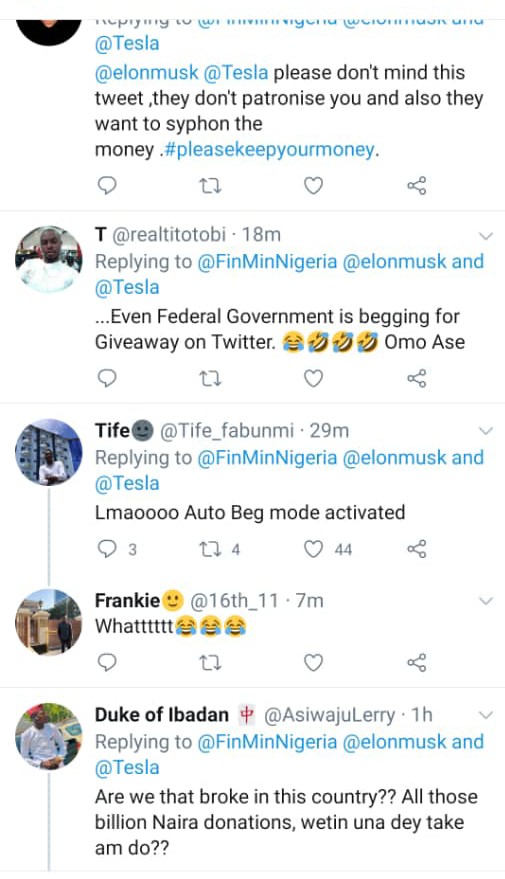 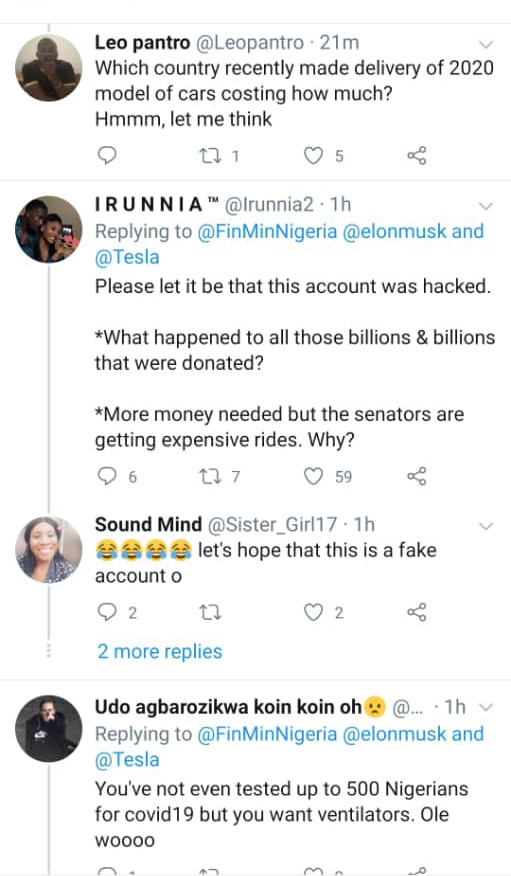 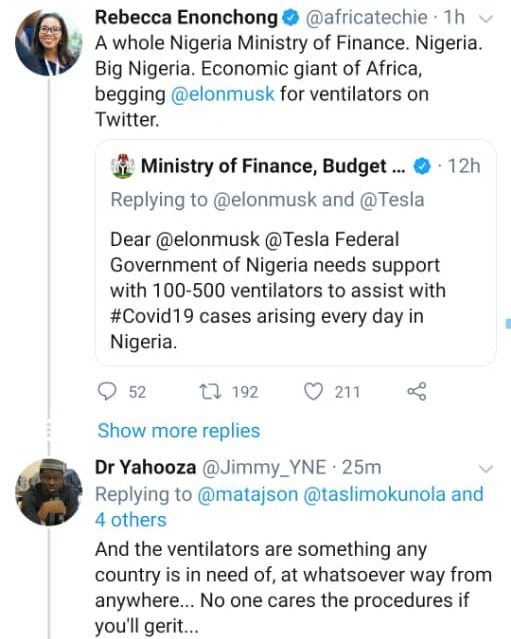 NUJ Drums Support for Campaign Against COVID-19 in Sokoto