Femi Fani-Kayode Reacts To The Drama At National Assembly Today

Former minister of Aviation, Femi Fani Kayode, has reacted to the drama that happened earlier today at the gate of the National Assembly  and the subsequent sack of the director general of the DSS, Lawal Daura.
Tweeting  his opinion, he said:

”If u believe that Buhari and Osinbajo did not have a hand in the attempted coup that took place at the NASS today then u need a lesson in real politik.When the whole thing backfired they made the DG SSS the expendable fall guy. They made him carry the can alone and sacked him.” 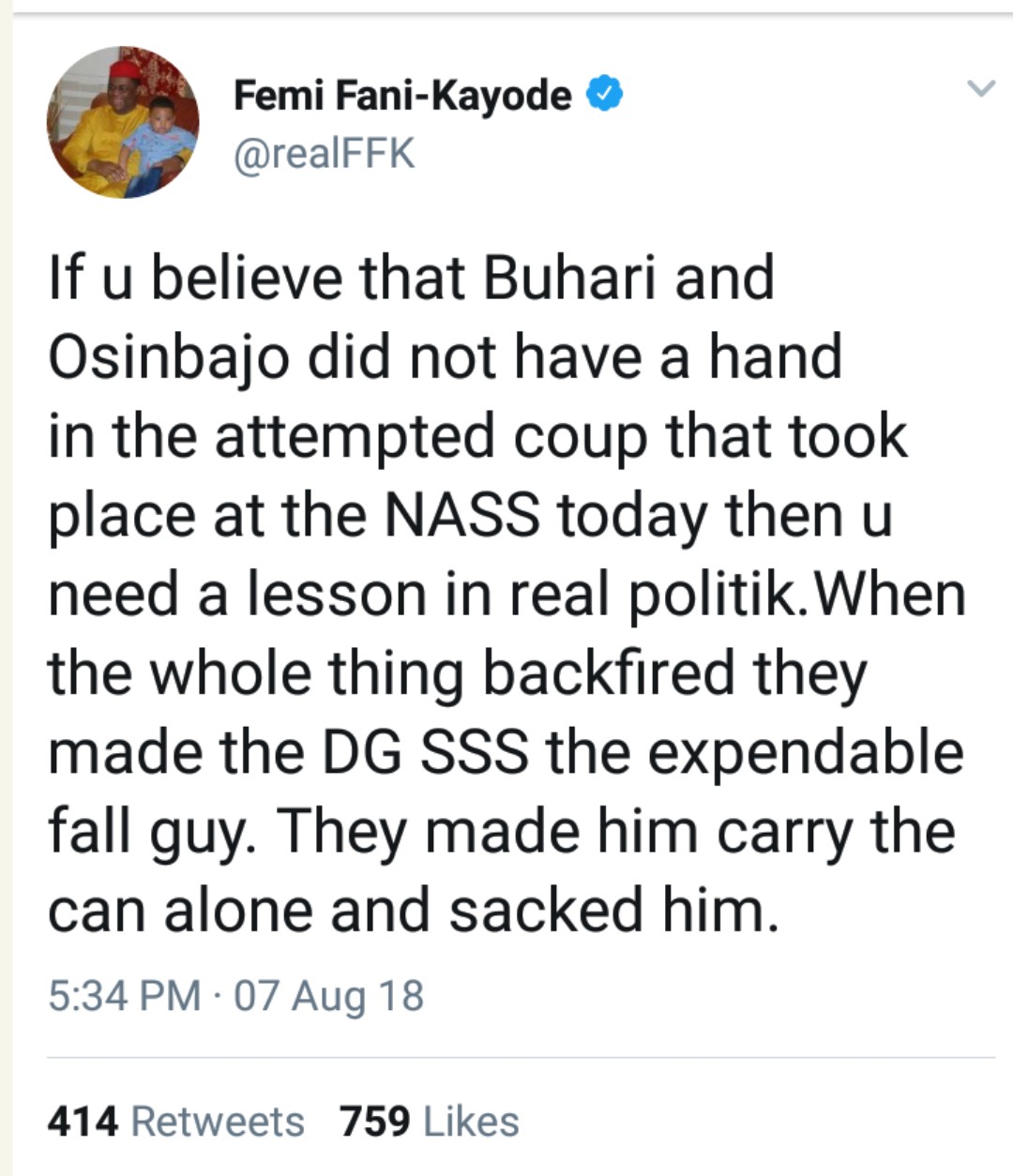 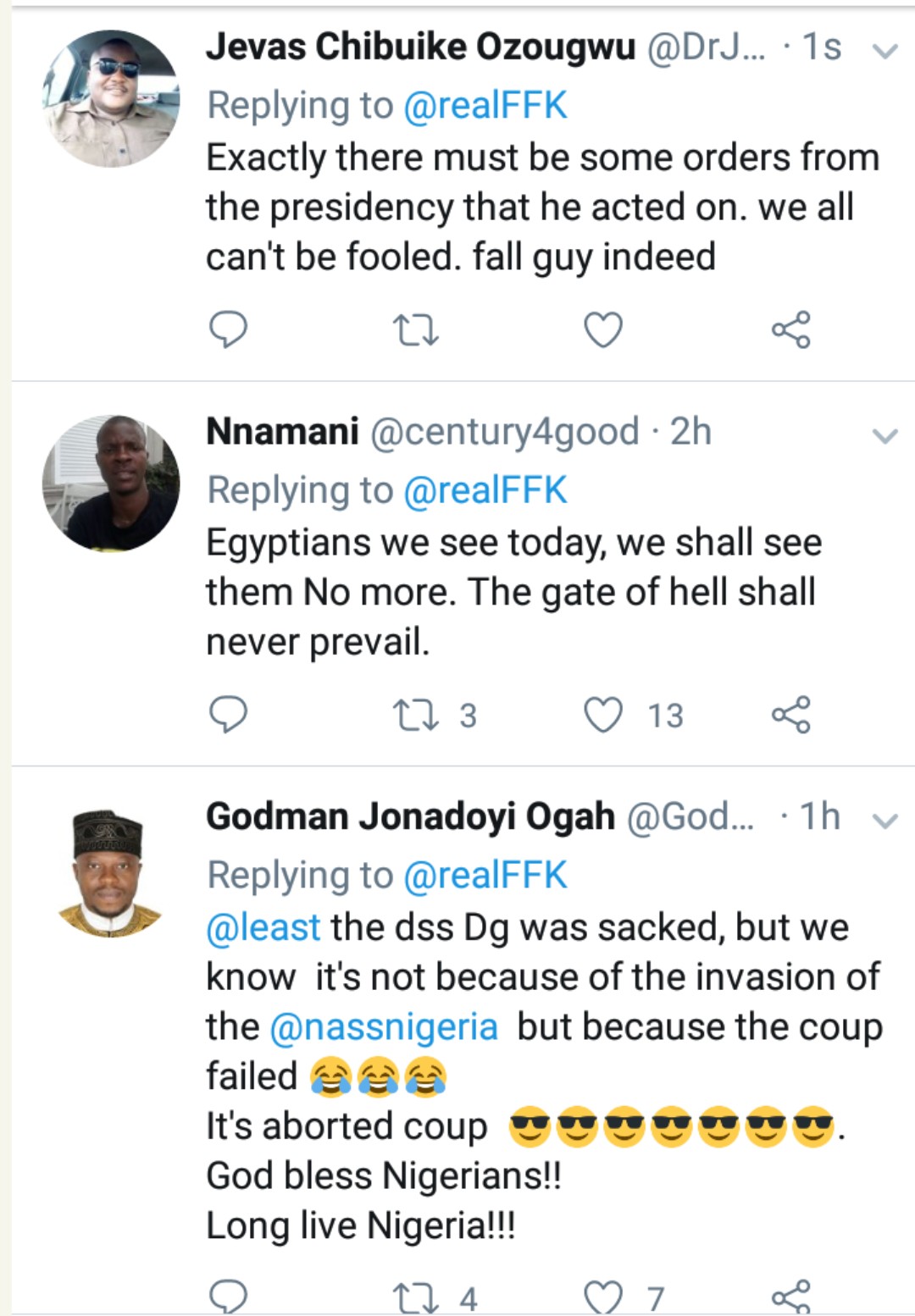