The former minister of Aviation, Femi Fani Kayode took to his social media page some weeks ago to reveal that there was more to the T.B. Joshua’s Synagogue Church of All Nations, SCOAN’s collapse.

The former Minister who in his tweet pointed that there was an aircraft hovering over the building claimed that the aircraft had a thing to do with the church building collapse.

He further noted that he was going to reveal more as time goes by.

The revelation comes after the former minister had last year made shocking claims that some major plane crash in the country were the handiwork and master plan of some Nigerian leaders who needed blood to perform rituals.

Recall that the former Aviation minister had on his social media page written: “There are strong speculations that Prophet T.B. Joshua’s church was brought down by a remote-control device and not a faulty foundation.”

The Former aviation minister’s stand however comes shockingly in contrast to the legal case filed agaisnt the religious body by the Lagos state government.

Femi Fani Kayde in his revelations also made to reveal that the helicopter crash which resulted in the death of Kaduna Governor, Patrick Yakowa and Nigeria’s former national security advisor, Gen Azazi, in 2012 was a planned attack as he claimed the helicopter was “brought down by a similar device and by the same people.”

Femi Fani Kayode added: “They were inspired, sponsored and encouraged by certain forces from outside government.

“The objective was to weaken Jonathan and ultimately to get him out of power.”

Bringing the matter in relation to current happenings, the politician noted that the attack o Apostle Suleman was also an orchestrated attempt to drag the cleric’s name in the mud by the same group responsible for the previous attacks. 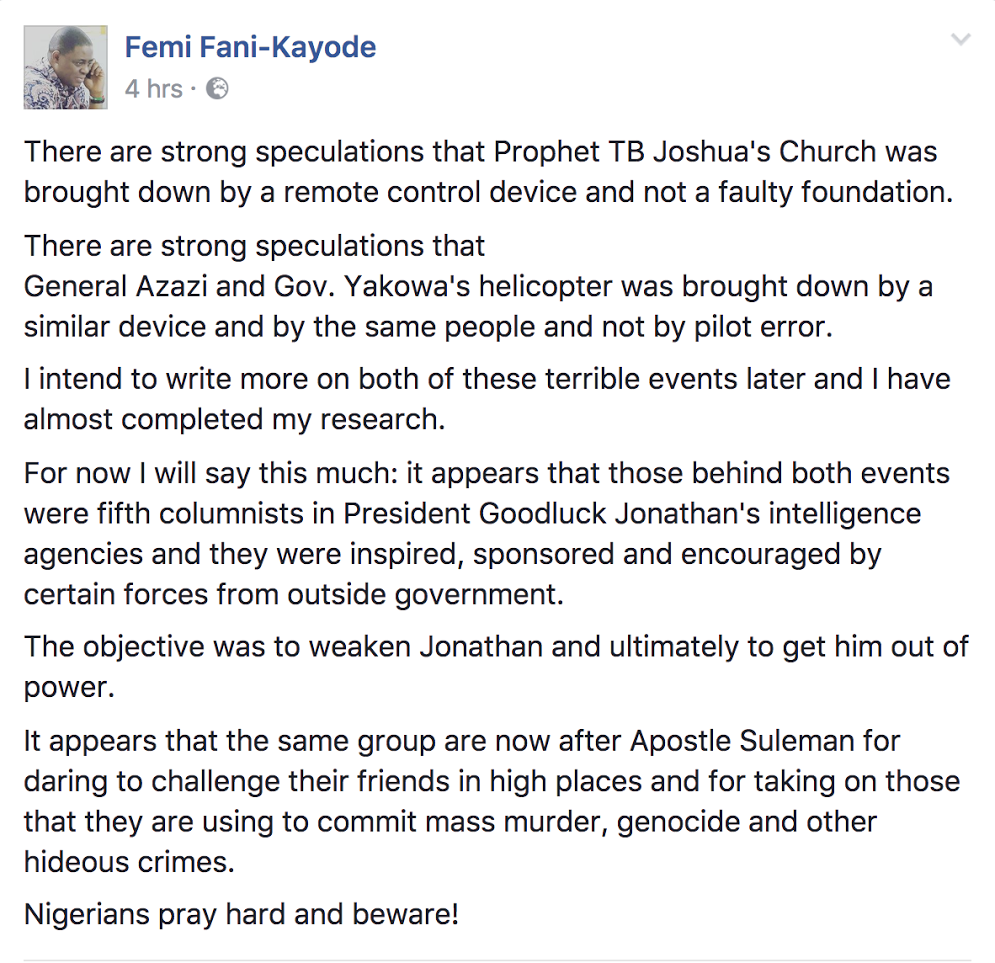 Naira appreciates in all segments of FOREX Market