Ferocious tornado leaves two dead, some missing, many injured in US

No lesser than two individuals have been confirmed dead following a ferocious tornado that struck through a guest house, The American Budget Value Inn, in Oklahoma, United States.

According to reports, the incident which occurred in the late hours of yesterday, May 25, 2019, brought down the entire building, leaving many trapped within the rubble.

Some witness equally mentioned that some other sites around the area were also affected by the tornado. However, its impact on the guest house was the most terrifying.

Confirming the number of casualties recorded so far, a Mayor, Matt white, stated that two individuals have lost their lives.

He equally explained, “We have absolutely experienced a traumatic event here in El Reno. We had an incident where a tornado hit a mobile home park, a hotel and several business(es).

Reports from ABC news also revealed that about 17 other individuals who were supposedly on the second floor when the incident occurred are still missing.

In the past week, many parts of Central US States have been experiencing torrential storms, and with the rate at which the storms have been consistent, there may be serious flooding in the end.

See photos from the scene below. 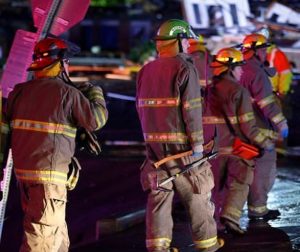 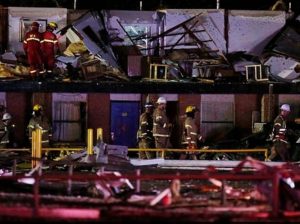