The European Football governing body, UEFA, has placed a ban on the Italian side, Ac Milan, having found the club to be guilty of the Financial Fair Play rules.

The ban simply implies that the club would not be able to participate in any UEFA-controlled competition next season.

UEFA had accused the club of flouting transfer laws as provided by FFP for more than three seasons and when the case was filed and examined at the Court of Arbitration, the presiding judge concluded that UEFA’s claims were truthful, hence the ban. 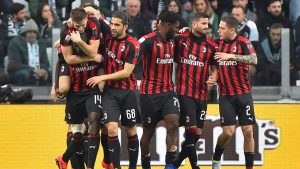 Announcing its judgment, the Court stated, “AC Milan is excluded from participating in UEFA club competitions of the sporting season 2019/2020 as a consequence of the breach of its FFP break-even obligations.”

Rape: “Timi and wife are a pawn in a conspiracy” Sapphire scent CEO backs COZA pastor