How my fiancée cheated with Elozonam – Man cries out

There is an unpleasant drama on the streets of Twitter after a man claimed his fiancée cheated with Elozonam, 2019 housemate of Big Brother Naija reality show.

Michael Olafisoye has expressed his shock and disappointment after his fiancée, Adefunke was involved in a cheating scandal with Elozonam.

Michael who is based in the UK disclosed he would never have thought Adefunke with whom he was supposed to tie the knot in November could cheat on him with the BBN star.

In a thread of tweets, the heartbroken man said Adefunke asked Elozonam to lick off chocolate cream from her boobs which she fondly calls Mary and Martha. 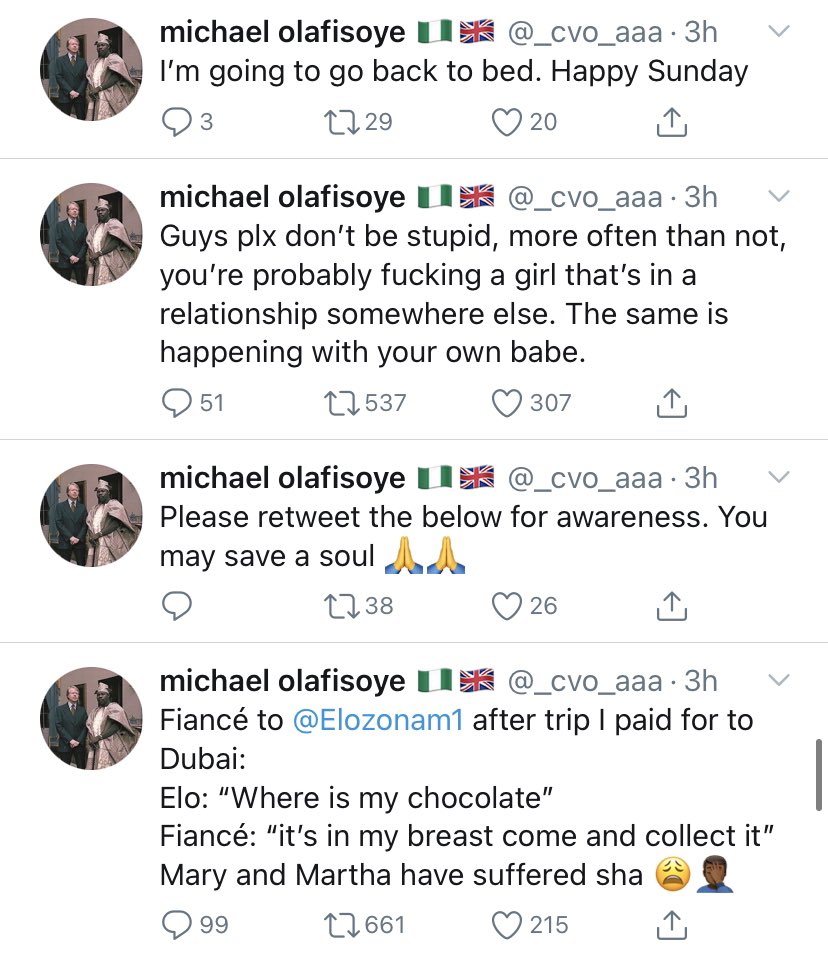 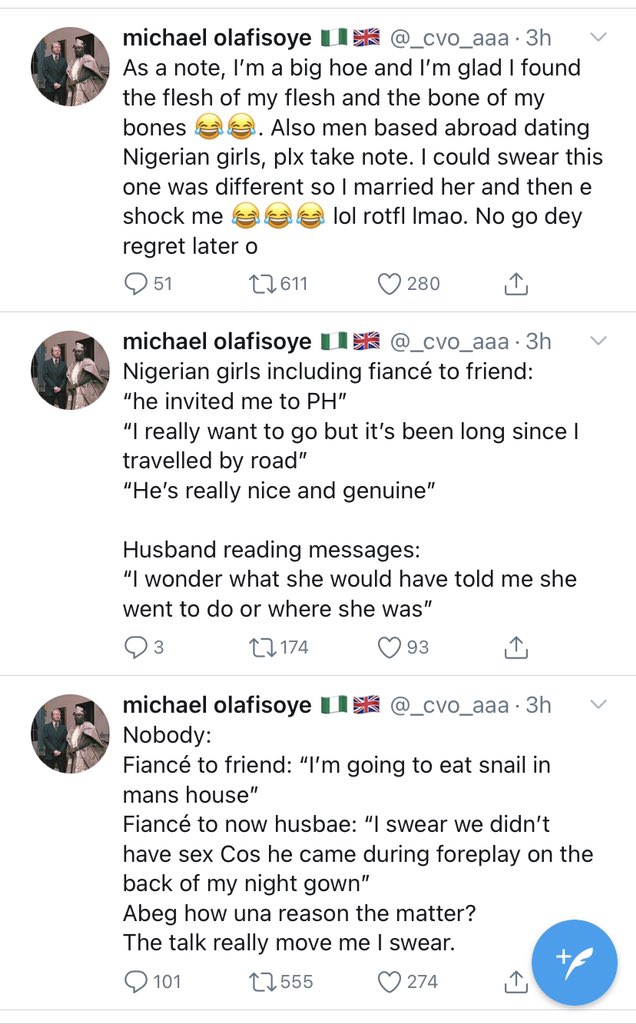 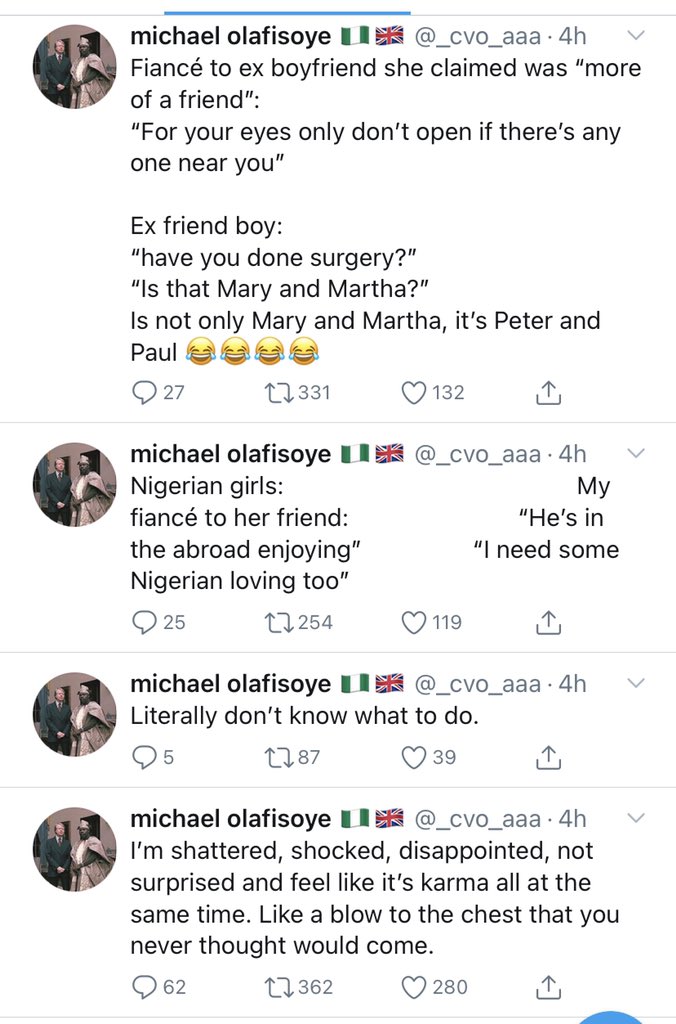 However, Nigerians have come to Elozonam’s defense saying he may not be aware Adefunke  is married as women are prone to telling lies.

Michael further revealed they already got married in the registry with plans of having the white wedding in November 2020. 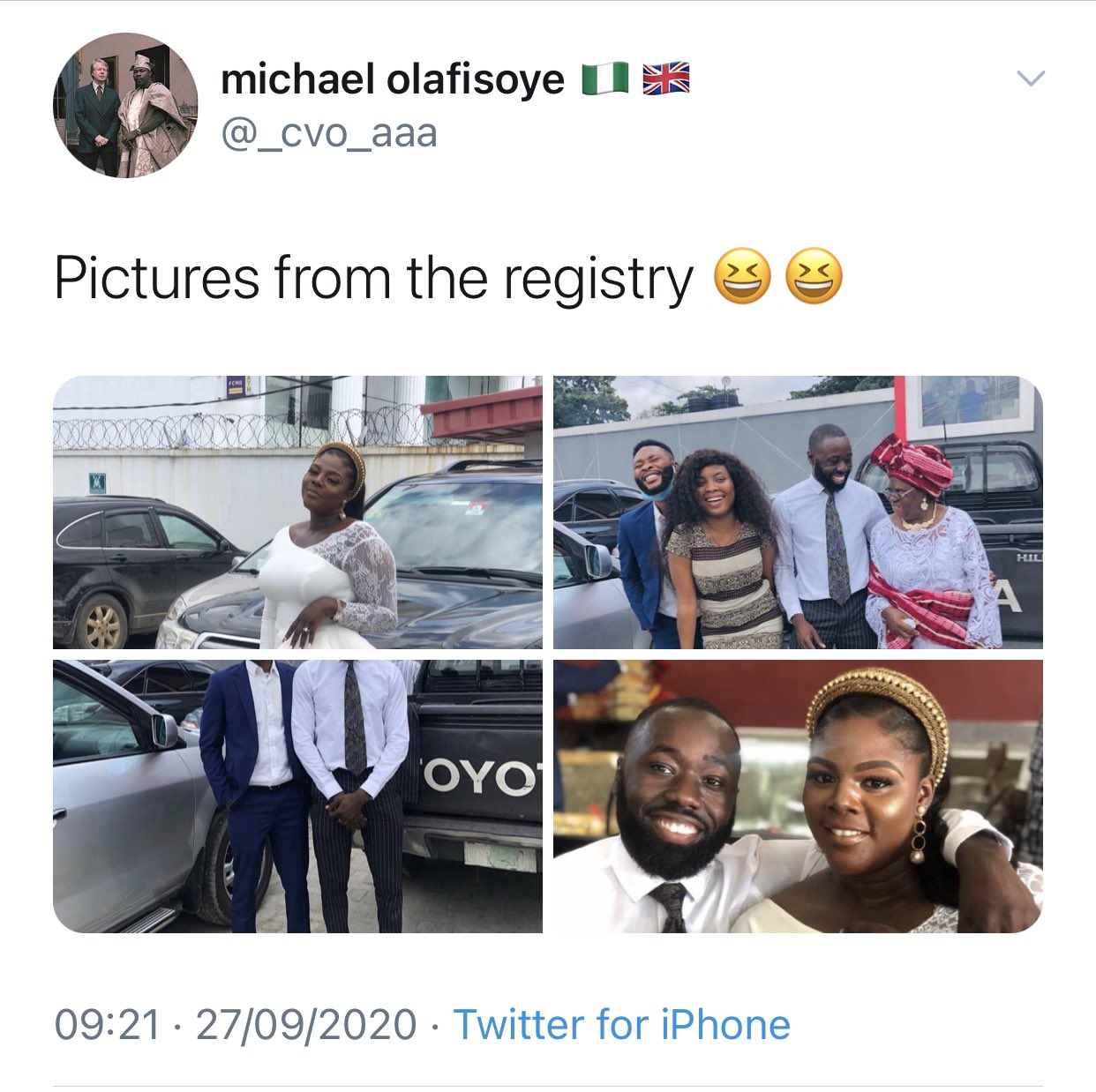 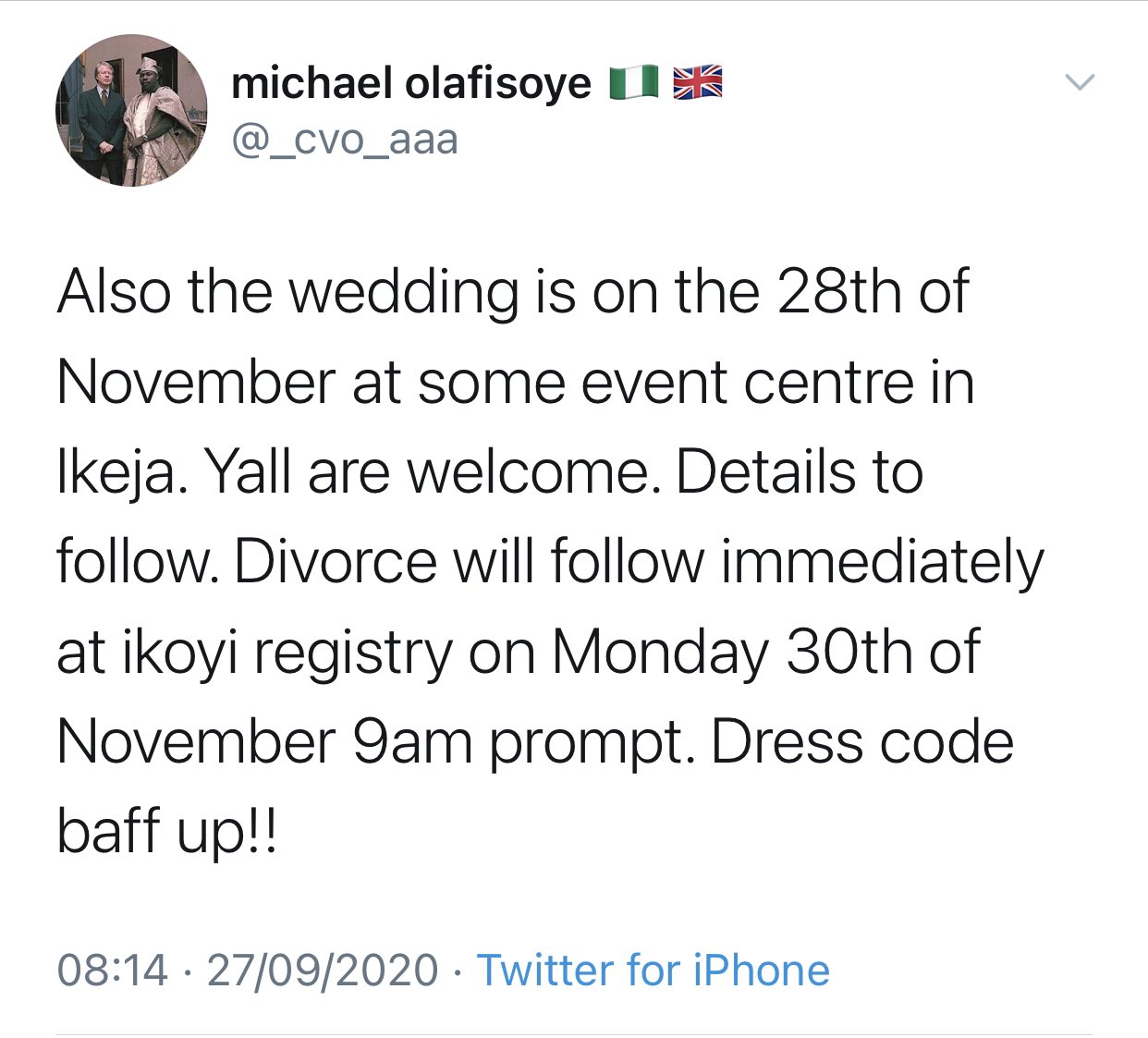 One Dead, 3 Injured as 2 Vehicles Collide in Ikoyi – LASEMA