A Catholic priest in The Philippines who rode a hoverboard as he conducted service in the Diocese of San Pablo has been suspended.

The priest, who has not been named, could be seen, in a video which has now gone viral, gliding in and out of rows of seats in the church as he conducted the service on the hoverboard.

He was singing hymns in English and Tagalog in the service which held on December 24.

Apparently displeased by the actions of the priest, which they felt was capable of bringing the priesthood into disrepute, his superiors suspended him.

The statement, which was posted on Facebook, announcing his suspension read: 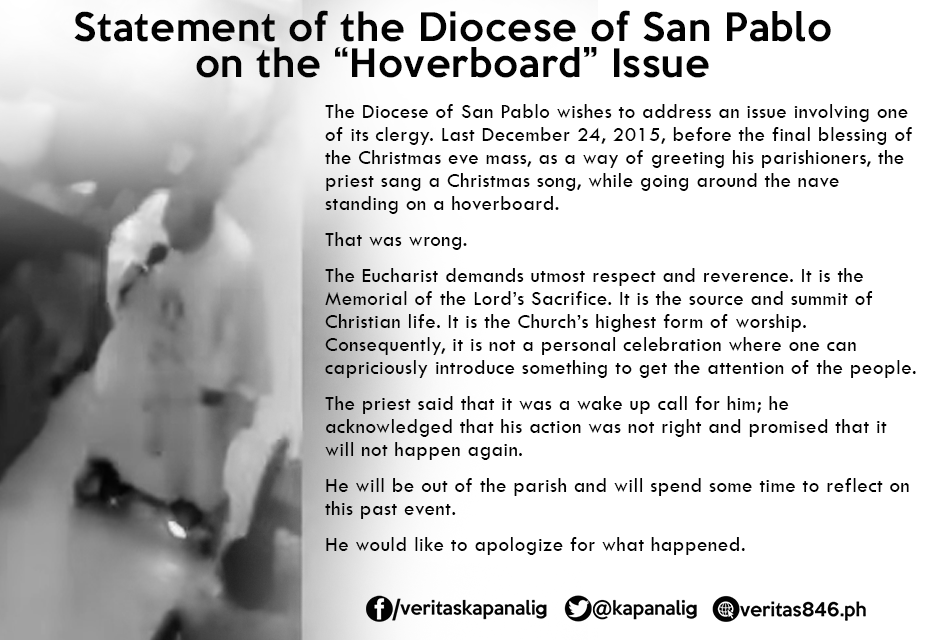 The priest has since apologised for his actions, with a promise that it would not repeat itself.