The biblical adage, ‘a prophet is without honour in his hometown’ seems to be exemplified in the case of Prophet T.B. Joshua.

Social media is awash with tales of foreigners, especially clergymen, whose lives have been impacted by the ministry of Nigeria’s most persecuted pastor.

Today I honour my mentor and father in the Lord, Prophet TB Joshua,”wrote Andries Steyn, a veteran South African revivalist, on Facebook. “The footprints he laid in my life, the wisdom he engraved in my heart and spirit can never be washed away – they’re too deep,”the leader of ‘World Revival Crusades’ continued, particularly emphasising on Joshua’s humble manner. 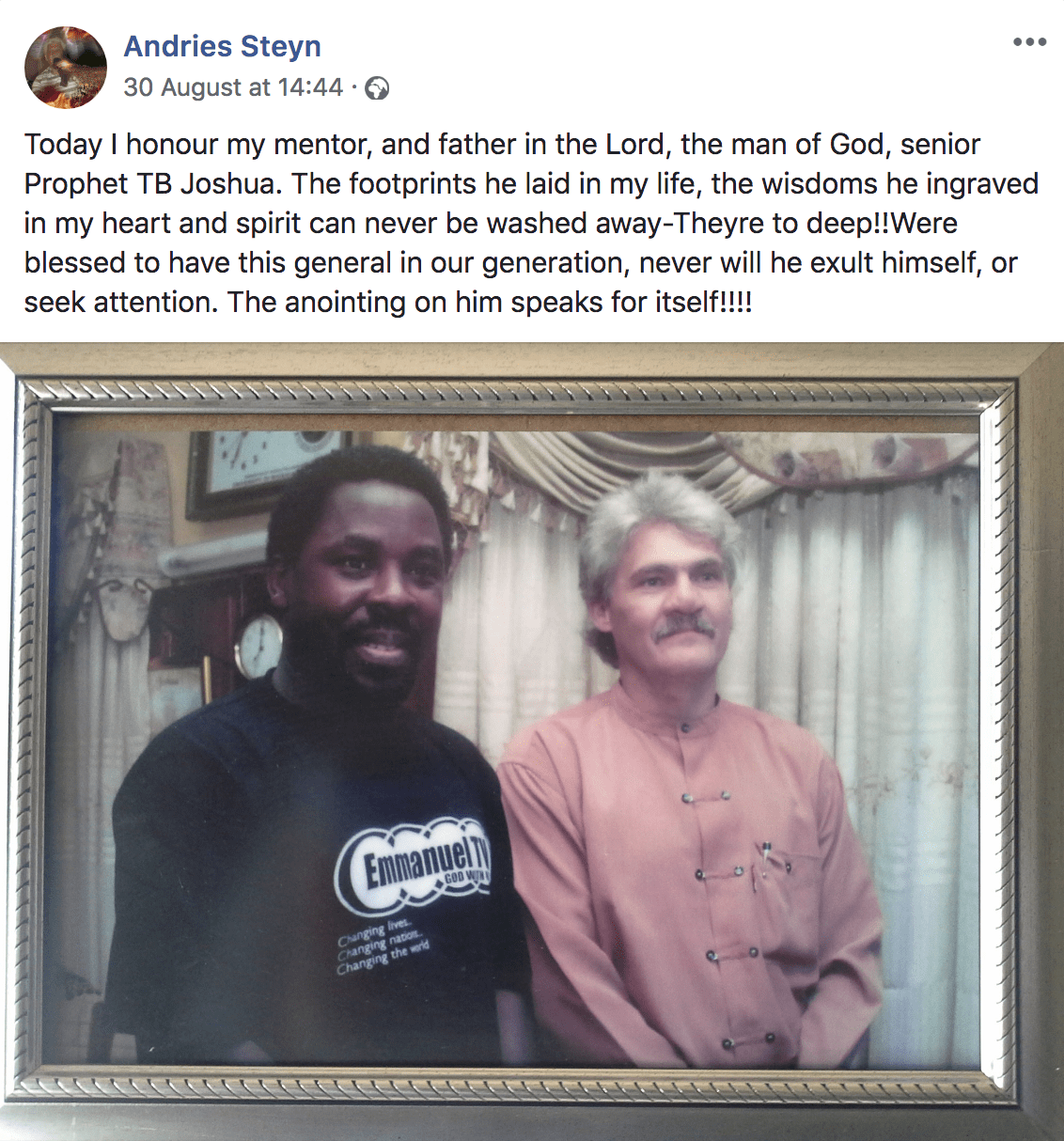 “We’re blessed to have this general in our generation. Never will he exalt himself or seek attention. The anointing on him speaks for itself,” Steyn wrote.

Further afield in Papua New Guinea, an island close to Australia, a leader of the Apostolic Church, Pastor Mamando Pain, testified to how Joshua’s sermons helped settle a leadership tussle that almost resulted in a lawsuit. 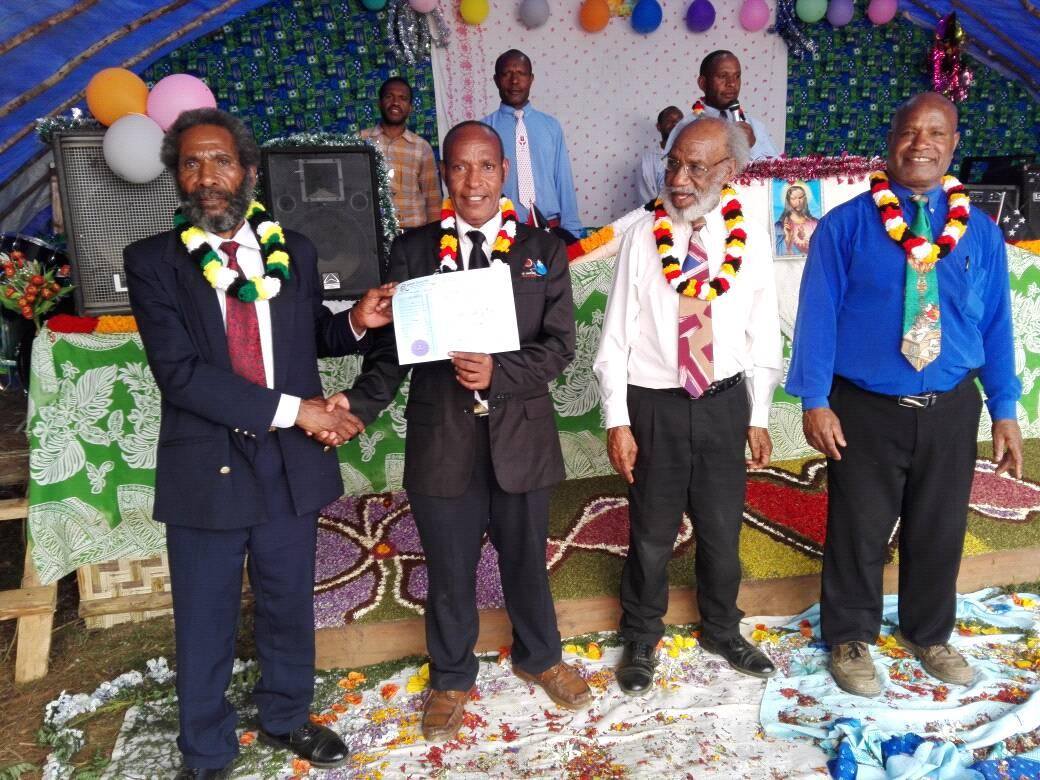 When the pastor heard Joshua preach that “position without peace is not position at all,”he decided to drop the case he had instituted against the church’s leader over his non-appearance for several months.

“As I continue to watch Emmanuel TV via YouTube and listen to Prophet TB Joshua, my life has changed. I am healed, released and delivered from all my unforgiveness, bitterness, hatred and fighting for position,”he explained.

“Today, the gospel is full of nice words but lacks power,”Mamando wrote on Facebook. “We command the sick to be healed in Jesus’ name but our words do not produce result because our hearts doubt what our months confess… Prophet T.B. Joshua’s words and prayers are coming with power and they are literally changing lives all over the world,” he testified.

Godwin Ikechukwu is a writer from Lagos, Nigeria

Traditional leaders disassociate self from political movement in Niger

My $1.9 Billion In Minnesota Bank – By Femi Adesina