The former President of Nigeria Goodluck Jonathan has touched down in Lusaka, Zambia to commence his task to lead the African Union Election Observer Mission to Zambia to monitor the general elections.

Before he departed, he had met with President Buhari to brief him about the mission. They had met a few days ago when Jonathan had called on the President. He’d told the press later what had been discussed saying, “You asked why I came to see the President today, one key thing is that having been a head of a government, a former president you become a state property. That’s the privilege you have but every privilege has its corresponding responsibility, and once you become a state property, most of your international engagement, that has to do with public addresses and some international assignment becomes a national assignment, you brief the President.

He was received by the African Union team and government officials.

You can see photos of his arrival below. 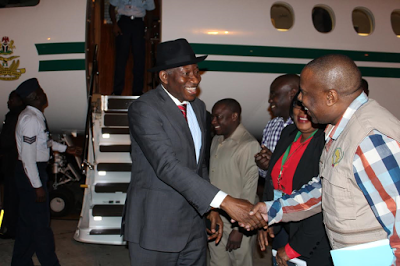 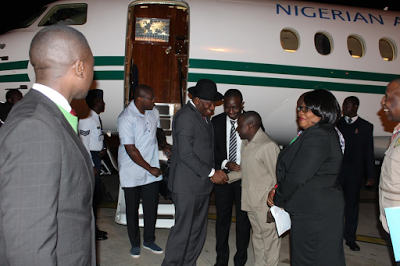 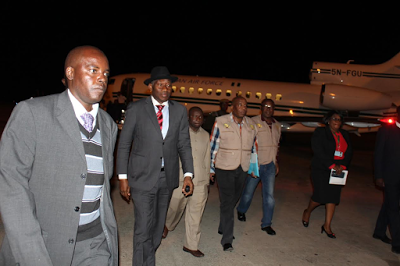 Why PDP Chairman Spot was Zoned to Southwest- Makarfi