A former Egyptian soccer star who was signed to manage a Saudi club is currently under fire and may get up to 10 strokes of the cane.

Coach Mido was accused of cursing a fan and his relatives via his social media handle.

As part of his punishment, the 36-year-old former Tottenham star has been relieved from his duties as the head coach of the Al-Wehda club.

Mido had been criticized by a fan on social media after his team was defeated 4 goals to nil by Al-Nassr in the Saudi Arabia soccer league.

The fan wrote, “Please, resign from your rule as Al Wehda coach, we understand your coaching style, but it is not helpful, it is better for you to be pundit, your words is good, but as coach, you are not so well.”

Apparently angered by the comment, the coach reportedly responded by saying, “pu**y of your aunt’s mother”.

Although he has stated that he was not the one who posted the insulting statement, his denial doesn’t seem to hold water as the statement was posted through his verified account.

Mido said, “I respect the decision of the board, but my account was hacked and I’m going to use all my legal tools to prove it.”

In the country, insulting a Saudi citizen is an offense punishable by whipping. 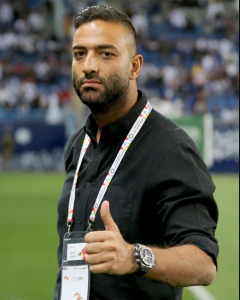 While speaking with The Sun, a citizen connected to the case stated, “Saudi law has made it clear that using social media to insult or threaten someone will end in punishment.

“Saudi newspapers have written that anyone found guilty for insulting a Saudi national will receive a punishment of 10 floggings.

“The club stepped in before any fan went to the Saudi police and had him arrested. He is still in danger of punishment.” Since his appointment in January, Mido helped the team in 13 matches, winning six, losing four and drawing three.

Mido has further released a statement, saying, “Thanks to Al-Wehda board and thanks to the fans. “I held the responsibility in tough conditions and with the support of God, the board, the players’ dedication, the technical, the administrative and the medical staff I was able to lead the team to outstanding performance and results which were hailed by everyone.”