#FreeZakzaky Protest: Northern Nigerians Troop out in their Thousands

Members of the Islamic Movement in Nigeria across several cities staged a massive protest demanding the release of Sheikh Ibraheem Zakzaky who has been in detention for the past four months.

The Protest held in Kano, Jos, Plateau, Azare in Bauchi State, Zaria in Kaduna State, and similar ones held yesterday in Kaduna, Sokoto, Gusau and Birnin Kebbi were a peacefully coordinated one as protesters marched through major cities and towns carrying placards mostly emboldened with the ‘FREE ZAKZAKY’ sign while reminding the public of the brutal massacre carried out by the men of the Nigerian military in Zaria, Kaduna state.

According to reports, the protest ended peacefully in all areas and regions where it was held.

The protest was spurred on by the recent disclosure by lawyers of the IMN, that Sheikh Zakzaky has lost an eye and is in need of medical attention along with his wife, Zeenat Ibrahim, who was also detained.

Some photos from the protest: 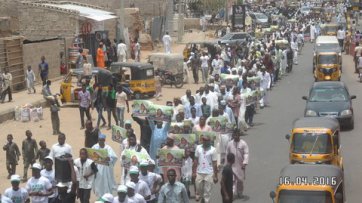 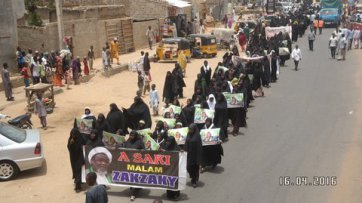 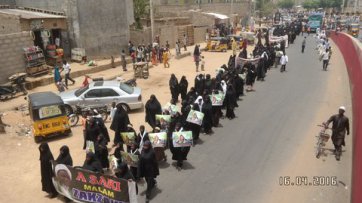 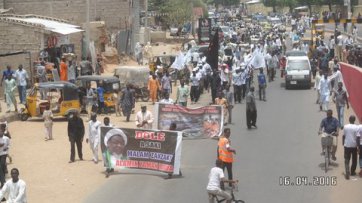 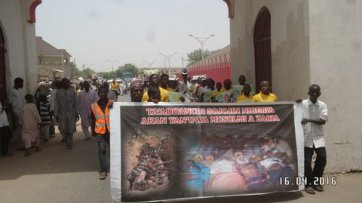 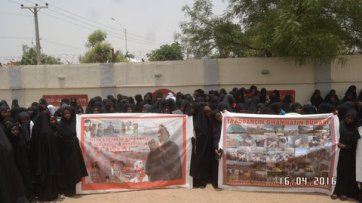 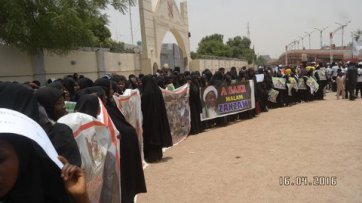 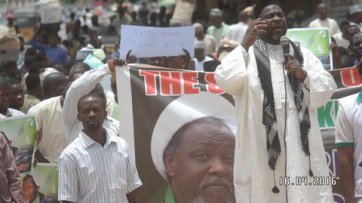 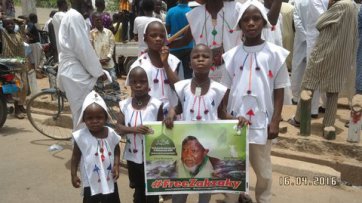 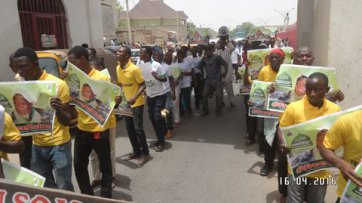