Nollywood actress, Funke Akindele, popularly known as Jenifa based on her popular act in the comic TV series, ‘Jenifa’s Diary’ is pregnant.

The pregnancy comes after the couple, Funke Akindele-Bello and her man, JJC Skillz, keyed into the Nathaniel Bassey’s ‘Hallelujah Challenge’ to seek God’s face for twins.

Recall that the actress had gotten secretly married to her video director husband in London last year and has since been plagued with several controversies after a self-acclaimed man of God stated that she will be childless.

The actress was spotted rocking her baby bump recently at an event organized by Globacom. 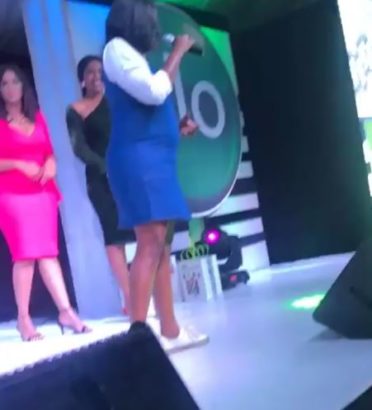