The fourth generation product contains features such as Samsung Smart Pause – allowing users to control the screen using their eyes – and Dual Camera mode – enabling them to take simultaneous photos and videos with both the rear and front cameras, and then blend the pictures together.

Samsung went on to detail unique camera features for the handset. A dual-camera mode for photo and video allows both the front and rear cameras to be used at the same time. A “sound in shot” mode allows you to record an audio clip which will be “attached” to a photo. Additional features include an eraser and touchless “air view” where you point to preview photos.

Air View detects when a user’s finger is hovering over the screen in order to display additional preview information, while Air Gesture means you can scroll web pages, accept calls and change a music track with a wave of the hand.

The smartphone can even monitor a user’s well-being through its S-Health software, with accessories such as heart-rate monitors and weighing scales from Samsung, as well as blood pressure and blood sugar monitors from other companies.

A story album function allows users to create a photo album which is personalized around a timeline of special occasions and events in their lives, and lets them manage associated content such as comments on social networks, locations and weather information. 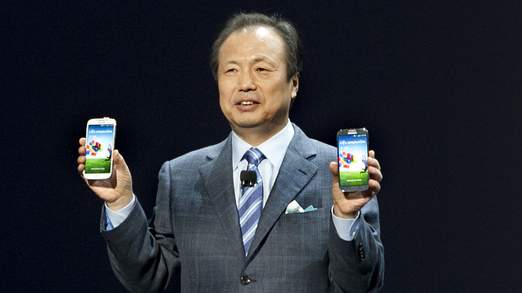 The company also highlighted a new S Translator function that allows live text-to-speech and speech-to-text translation of 9 languages. The feature comes with 3,000 embedded “useful sentences” for offline use and is integrated with Chaton, the S4′s email and messaging app.

A New Boss for the NCAA: Jonathan nominates Akinkuotu

Investors In Power Companies Pay 25% Of Offer Ahead Of Deadline