A total of five members of the same family have lost their lives to generator fumes at their residence in Liberia.

The fumes had reportedly traveled from their generator station to their rooms while they were asleep.

And in the early hours of the next morning, the five victims were found motionless. They were later announced dead after being examined.

The victims included the mother, two sisters, their younger brother, and a niece.

According to reports, the family affected is that of a politician in Liberia, Honorable Richard Nagable Koon. He is said to be representing District Eleven of Monsterrado County in Liberia.

The unfortunate incidence was shared on Facebook by a source close to the victims’ family. 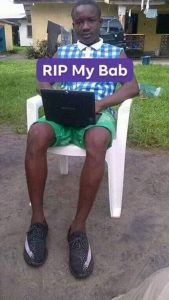 “Honorable Richard Nagble Koon, Representative of District #11 Montserrado County has lost five of his family members this morning due to the generator’s smoke which took over their house while they were at sleep. His Mother, Two sisters, little brother, and niece were lost at the hands of death early this morning. My heartfelt sympathy and deepest condolences Hon. Koon, we feels your pains Sir. Rest in eternal peace family, until we meet again.”