The Government of Ghana has issued an apology to Nigeria after several buildings belonging to the Nigerian high commission in Accra were demolished.

The Ghanaian government also said it’s officials will visit the site of the demolition on Monday morning saying security has been beefed up in the area and the situation was under control.

The land in contention is occupied by the residence of the Nigerian High Commissioner to Ghana as well as four other buildings.

It was ceded to the Nigerian government in the 1960’s and the Government of former president Olusegun Obasanjo paid 50 million cedis for the property in 2000. 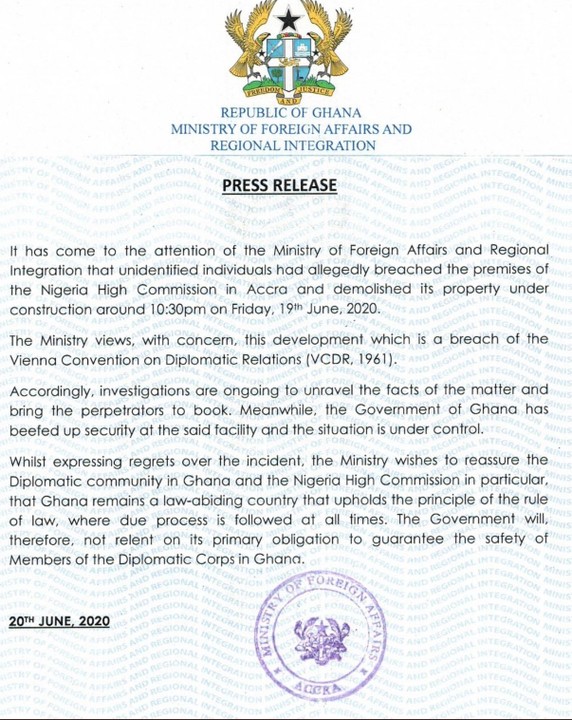