Cindy Fast, head of training and behavioral research at Apopo a Belgian facility for training the rats states there is little risk of the rats escaping, she said. “When [the trainers] take the harnesses off in the field, the rat can literally make a run for it, but they trot behind the trainers, tail kind of wagging like a dog,” she said. “You can almost see the smile on their face.”

The Belgian organization has been training its “HeroRATS” to find land mines for 20 years, and it says the animals have helped clear more than 100,000 mines from former war zones.

According to the report published on Friday, apart from detecting landmines, the rats’ noses are so hypersensitive that they can detect tuberculosis in sputum samples more accurately than local lab tests and ferret out criminals trying to smuggle endangered species.

“Rats often get a bit of a bad rap,” said Kelly Marnewick, a senior trade officer at South Africa’s Endangered Wildlife Trust, which is working with Apopo, a nonprofit organisation that breeds and trains the rats.

“Here are rats that are saving human lives,” concluded Marnewick.

More trained rats are set to be sent to Angola Cambodia, Mozambique or Colombia. 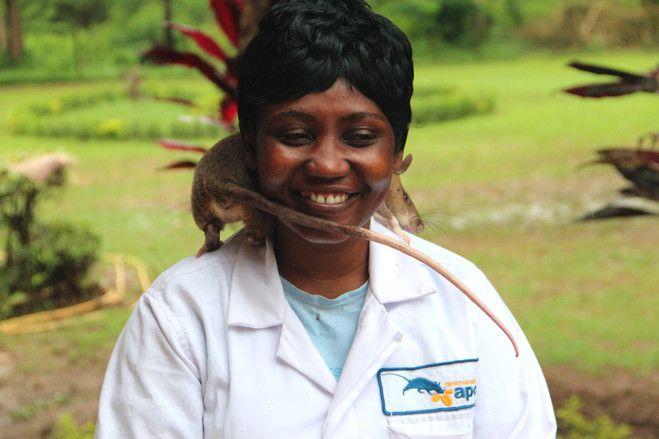 Woman Ambushed And Killed By Ex-Husband While Jogging

Restructuring: Nigeria will go “on fire” if Buhari doesn’t heed…