Good Sex May Get Your Man Believing In God More -Scientist

Christophet West, a scientist in North Carolina University, has said that sex is likely to make a man believe in God more. 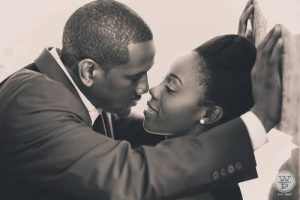 He said this during a semester talk which he titled “God, Sex and The Meaning of Life”, in which he attributed this theory to oxytocin, a chemical released during sexual intercourse that enhances the feeling of love and affection.

It was also reported by Vanguard news that oxytocin, which is also know as the “hug hormone” and “cuddle chemical”,  plays a vital role in social bonding, sexual reproduction in both sexes, and during and after childbirth.

It is also stimulated during sexual intercourse, childbirth, and breastfeeding, and could possibly spur a man’s emotion to tilt towards believing in God.

The chemical was discovered by Sir Henry Dale, an English pharmacologist and physiologist, way back in 1906.

How Men Connive with Doctors to escape marriage