The wedding of Grammy award-winning Gospel Singer Israel Houghton to Andrienne Bailon might be postponed as he seems to be in some legal battle.

Gossip site, Bossip released documents claiming Israel has two other children apart from the ones he had in his first marriage which lasted for 20 years. 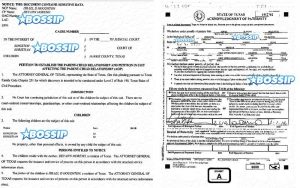 The report claims the singer faces charges for the non-payment of child support for the two children, and the new development may stall his upcoming wedding

When the news site referred to the case opened against him in Texas, Mr Houghton through his lawyers, told Bossip.com that he has been financially supporting the two children since they were born but hasn’t been served with the suit because he is on tour