Some yet to be identified set of criminals have kidnapped a lecturer who works in Obafemi Awolowo University in Ile-Ife.

The victim, Professor Olayinka Adegbehingbe, is said to have been traveling to Ile-Ife, in Osun state via the Ife/Ibadan expressway when the incident occurred.

Reports equally revealed that the professor lectures in the Department of Orthopaedic Surgery and Traumatology, at the College of Health Sciences in OAU, and was traveling back to the school alongside his wife at about 9 pm. 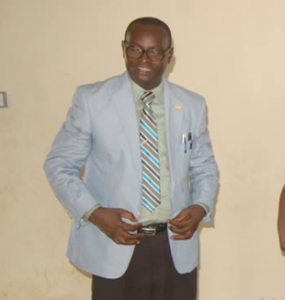 According to the Chief Security Officer of the institution, Babatunde Oyatokun, Professor Olayinka was taken away after the criminals had robbed some other travelers on the route.

Speaking with newsmen, Oaytokun stated, “Yes, I’m presently at Apomu. I have not been in Ife since yesterday. They were coming from Ibadan but (were) attacked in between Asejire and Apomu by armed robbers. While they attacked all the vehicles on the road at that time, he was singled out. They picked him and took him away,” Mr Oyatokun said.

“His wife is also here with us and we’ve been able to report the case and the police are on top of the situation. So, I’m here in Apomu to take the madam (wife of the victim) to Ife because she was also there during the attack.”