The senator representing Bayelsa East, Sen. Ben Murray-Bruce, has hailed Musa Usman, a gateman that rejected a house gift from his employer of 25 years in exchange for having a borehole sunk in his community.

According to Daily Trust,  Usman from Giljimmi, a Fulani settlement in Birniwa Local Government Area of Jigawa State, lives in a thatched house with his family.

He served an Indian national, Mr. V. Verghese, who is also the Managing Director of a pharmaceutical company, Jawa International Limited in Lagos, for 25 years after which he decided to quit to reunite with his family.

In appreciation of Usman’s meritorious service, Verghese decided to build him a new house.

However, Usman rejected the gift and instead asked for a borehole to serve the community, saying the community people trekked long distances to fetch water. 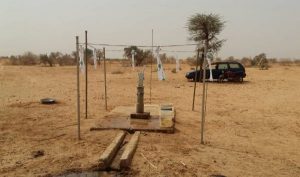 Murray-Bruce commended Usman’s selflessness, saying men of his calibre deserved to be in the Senate.

He said, “Individuals like these, even with their limited education, deserve to be in the Nigerian Senate. His self sacrifice, devotion to his people, and altruism, more than compensates for his limited education.”

Individuals like these, even with their limited education, deserve to be in the @NGRSenate. His self sacrifice, devotion to his people, and altruism, more than compensates for his limited education https://t.co/wHwV9d0BjA