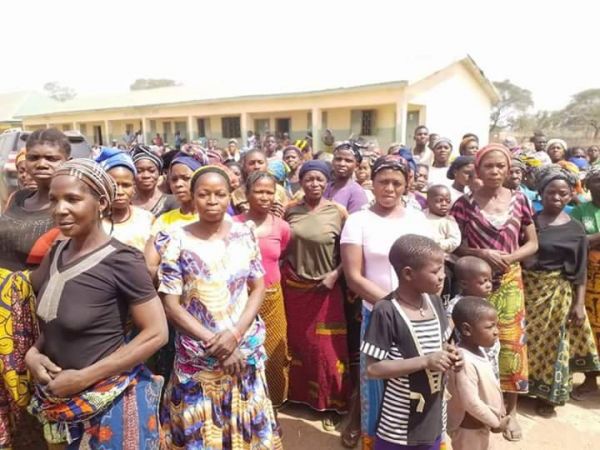 The State Emergency Management Agency (SEMA) in Benue has revealed that the number of Internally Displaced Persons (IDPs) in the state is now 483, 699.

Emmanuel Shior, the Executive Secretary of the agency, noted that the presence of  IDPs in various camps is as a result of herdsmen attacks on farmers communities in Benue. He added that this has resulted in a huge humanitarian crisis.

This was disclosed in a communique made available to newsmen at the end of a two-day symposium organised by SEMA in collaboration with Yavnielle Konsult, themed:  ‘Displaced ,traumatized and neglected: A humanitarian crisis in Benue State.

The Communique decries attempts to link herdsmen attacks and invasion of armed groups on Benue communities to the fall of Ghaddafi in Libya and the enactment of the Open Grazing Prohibition and Ranches Establishment Law, 2017 in Benue State.

According to the document, the stakeholders in the state call on Civil Society Organization and the media to take more interest in the plight of the Internally Displaced Persons ( IDPs) who are facing untold hardship with a view of attracting relief for them.

Meanwhile, the Executive Secretary, Shior lamented that the Federal Government through it’s relief agencies like NEMA has neglected Benue IDPs who are facing hardship in various camps.

Shior explained that, out of the thousands of IDPs, 138,212 are between the ages of 1- 9, with uncertain future as most of their parents have been killed by armed herdsmen.

Nwobodo defects to PDP, says “all is not well” with the country